At IFA 2018 in Berlin today, Anker took the wraps off its new Soundcore Flare S+ 360-degree portable Bluetooth speaker, an upgraded version of its predecessor that now comes with support for Amazon Alexa. Alongside, the company also unveiled a new robot vacuum cleaner from its Eufy sub-brand, the Eufy RoboVac 30C (via VentureBeat).

“Our Flare Series has been an incredibly popular product for people looking to add ambiance to their social spaces,” Soundcore brand director Christie Chen said in a statement. “The most consistent request we’ve received for Flare has been to add a smart assistant.”

The Flare S+ smart speaker packs a bigger battery that lasts up to 16 hours and can also charge other devices via USB.  Thanks to its built-in Alexa support, the Flare S+ can set timers, record reminders, and provide one-tap access to more than 45,000 apps through voice commands. The Soundcore Flare+ starts at $129 and will be available this holiday season. 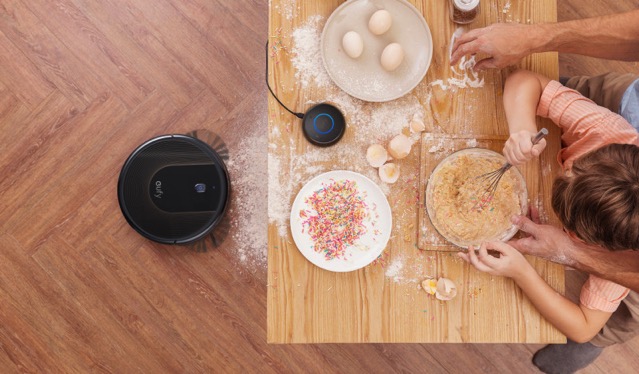 Meanwhile, Anker’s new robot vacuum cleaner Eufy RoboVac 30C boasts up to 1500 pa (pascals) of dirt-sucking power, the second generation of Anker’s BoostIQ technology, which automatically increases the suction power as needed, and is fully compatible with both Amazon Alexa and the Google Assistant.

The Eufy RoboVac 30C will retail for $299 USD when it hits the shelves next month.