The first sighting of the famous fourth generation iPhone, due this summer 2010, was revealed by Gizmodo. That reveal quickly turned into a tech-disaster when Apple, local authorities, and law suits entered.

After Gizmodo provided their detailed analysis, anyone who browses the interwebs had a good idea of what the next iPhone would look like. In the end, Apple got their precious iPhone prototype back and all was well.

Now, another next generation iPhone prototype has found its way to Vietnam! According to reports, the device was actually purchased in the US for $4,000. It seems that Apple is having some trouble controlling the distribution of this prototype iPhone.

This new iPhone prototype looks the same as the Gizmodo one except that the two screws at the bottom of the device (near the dock connector) are gone. The finder of this iPhone also provided a teardown which revealed an Apple branded processor, quite possibly the A4, which is currently in use with the iPad. 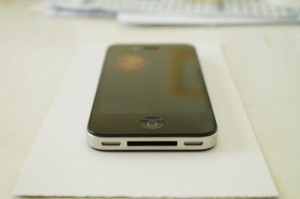 The other notable exterior difference is that this model includes 16GB of storage, where the previously leaked prototype had “XXGB” in place of an actual storage number. This is an interesting storage amount, considering every new iPhone revision has always doubled-up on the storage. So for the next iPhone, we should be seeing a 32GB and 64GB model and not 16GB, but this is after all a prototype.

However, below the storage number there are still “XXXX” placeholders for information such as the model number of the prototype, so the 16GB could just be a placeholder as well. 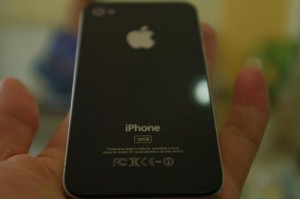 I wonder where the next iPhone prototype will show up?