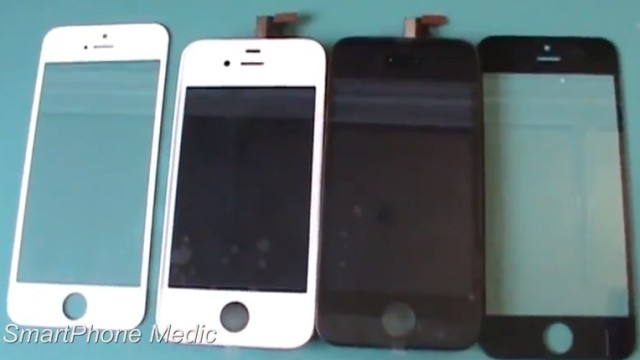 More ‘iPhone 5’ parts have surfaced, this time via a video comparison that compares new parts to those from the existing iPhone 4S. MacRumors points us to a SmartPhone Medic video that goes over the new parts such as the front screen panels, flex cables and dock connector plus headphone jack.

Previous leaks have showed us the front panel, rear shell, dock connector plus headphone jack, larger battery and the new USB cable with smaller connector. Earlier, MacRumors also pointed to some questionable blurry images of what online Asian forums believe to be the next logic board.

The video below shows the clear differences between the new ‘iPhone 5’ parts and those of the iPhone 4S. Is there anything we don’t know about the next iPhone yet?

Check out the video below, and tell us what you think:

With all of these leaks, what other surprises will Apple have in store for us on September 12th, the date of the supposed ‘iPhone 5’ announcement?

Tonight, The Game Awards 2022 is being held in Los Angeles at the Microsoft Theatre. Thankfully, for those of us at home around the globe, host Geoff Keighley will be live streaming the event across many platforms. Each year, The Game Awards celebrates the last 12 months of gaming. Showing recognition to the hard-working developers...
Steve Vegvari
7 mins ago

The annual Reddit Recap is here and for 2022 and the most popular posts, communities and more on the site have been revealed, with data for Canada available as well. “With more than 100,000 active communities from around the world across Reddit, there are a lot of conversations happening in any given moment. So we […]
Gary Ng
7 mins ago

Celebrating the 10-year anniversary of The Hobbit: An Unexpected Journey, Airbnb is offering overnight stays at the iconic Hobbiton Movie Set in New Zealand. The Hobbiton set has become an illustrious destination for those travelling to New Zealand. Airbnb is kicking off its exclusive offer this month, which should satiate fans of J. R. R....
Steve Vegvari
19 mins ago