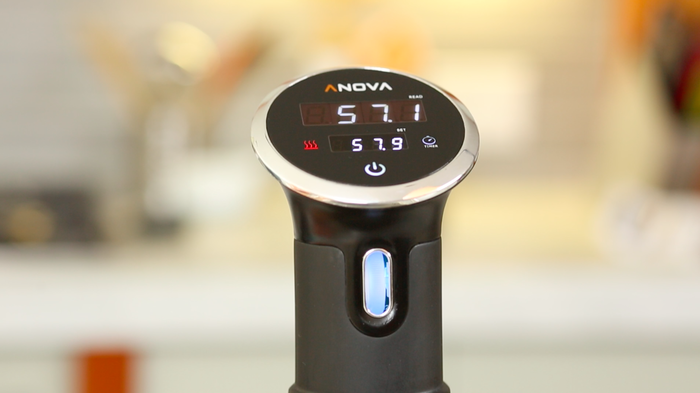 The Anova Precision Cooker is a sous-vide cooker that is an evolution over the company’s older model. The new device comes with a more compact and streamlined interface.

The new hardware is not the only improvement Anova has made to this device. The Precision Cooker’s key selling point is its Bluetooth-enabled iPhone control, allowing users to control the device with an app on their iPhone. 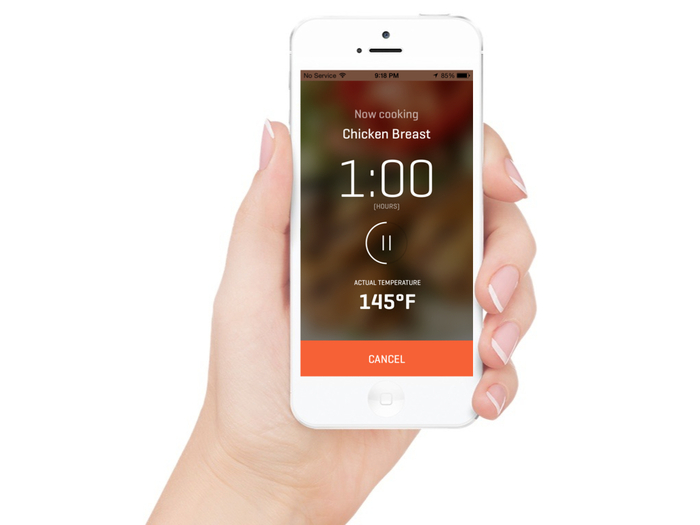 The app that was also built by Anova that comes with presets for everything from cooking chicken to fish to eggs, which allows the user to use the correct temperature for the specific food they are cooking.

Just to give a little bit of a background, sous-vide (which translates to “under vacuum”) is a cooking method by which you prepare food in a sealed bag that is immersed in circulating, heated water that is maintained at a precise temperature.

To use the Anova Precision Cooker®, you simply attach it to a pot, put your food in a ziplock bag and set the time and temperature. The Precision Cooker® circulates water around the pot, ensuring a consistent temperature throughout. AND, the Precision Cooker® Connects to your iPhone, allowing you to cook amazing meals by simply touching a button. The food is amazing, tender, and moist, every time.