AlwaysOnline Wireless (AOW), a global 4G LTE network that offers affordable and reliable cellular data to international travellers and people on the go, has today announced that its Global Data SIM is now available in all Staples locations across Canada. Previously, the service was only available via iPad with Apple SIM, but AOW recently expanded its offering with the Global Data SIM. 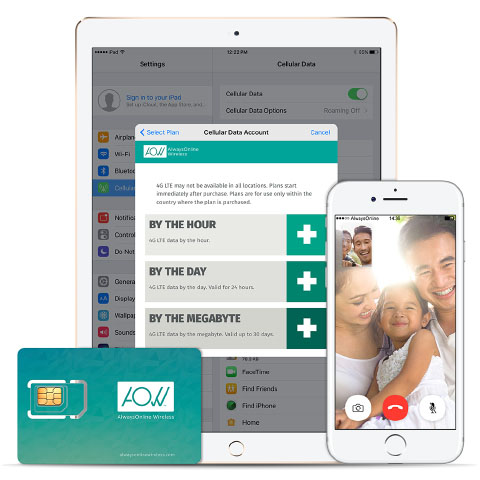 Each SIM can be loaded with a data plan specific to the country being visited. Travellers can choose to pre-schedule their plans or buy them on the go, giving them immediate data access while travelling. AOW offers a variety of affordable plans, in increments as short as one hour, one day, or larger data plans from 500MB up to 5GB.

“AOW still offers Canadians better value than most roaming packages being offered by carriers,” says Christian Paul, VP of Marketing for Otono Networks, the parent company of AOW. “Let’s say you’re travelling to France for 10 days. Most carrier roaming packages will end up costing you around $100 for the entire trip. With AOW it would only cost $38 for 1GB of 4G LTE data. That’s significant savings.”

“Staples is always looking for innovative services to help the business community save money and stay competitive,” says Todd Crawford, category manager at Staples Canada. “AOW is the ideal product for our business customers who are looking for an affordable solution to stay connected while travelling abroad.”