Looking at the impact of getting featured as the App or Game of the Day in iOS 11’s revamped App Store on app downloads, Apptopia has discovered that that snagging one of these featured spots can lead to a huge boost in app sales. According to the research, featured apps received a 1747% download boost on average, whereas featured games saw a 792% bump (via TechCrunch). 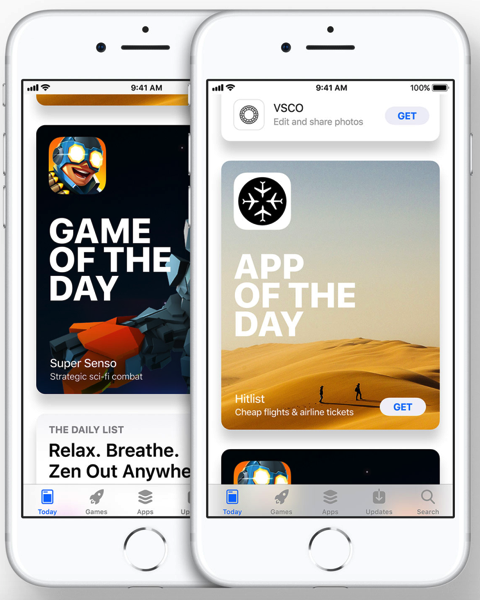 Apple introduced the daily App Store feature called “App of the Day” and “Game of the Day” in iOS 11 as part of the company’s new editorial strategy to improve app discovery. Using these features, Apple’s editorial team picks two iOS apps to recommend to users. Additionally, the new App Store also includes articles about apps, interviews with creators, curated lists, how to guides, and more.

Jonathan Kay, the COO of Apptopia, has however criticized Apple’s selection, noting that many of the recommendations so far have not been from smaller developers, but rather bigger brands not in need of the extra promotion.

For instance, Apple has featured Starbucks, TV apps from The CW, NBC and CBS, EA’s The Simpsons: Tapped Out and NBA 2K18, Microsoft’s Minecraft, Glu Mobile’s Deer Hunter 2017, and others. In addition, he points out that at least half the apps featured were making $10,000 or more in revenue per day – meaning Apple was also filling its own coffers by featuring these apps, thanks to its cut of app sales and in-app purchases.

In any case, getting the featured spot is a big boost for developers, if one is lucky enough to land the position.