Apple’s free App of the week is adventure Joe Dever’s Lone Wolf, which was recently updated with Act 2 Forest Hunt, unlockable via in-app purchase. This game follows an intricate story line where you battle through turn-based combat:

THE VIDEO GAME WHERE YOU ARE THE HERO

Lone Wolf is back, as a video game series with a brand-new story, a new combat system, stunning graphics and much more! Make meaningful choices and carve your own path through this epic non-linear story. Test your strength with the dynamic turn-based combat system, prove your skill with the lock-picking minigame and accept the challenge of wits posed by the mysterious Shianti Cube!

The author Joe Dever has been working with the studio, involving himself in the story writing so it fits with the original continuity, while also shedding a new light on the fabled world of Magnamund.

For Sommerlund and the Kai! 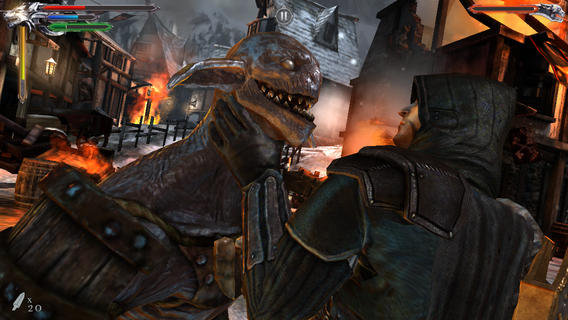 Joe Dever’s Lone Wolf for iOS normally retails for $4.99 but is currently free. Beware of its 799MB download size though.