App Store, Apple Music and Other Services Down for Some Users

Apple services such as the App Store, Apple Music, Apple TV+ and more are down for some users, according to the company’s System Status page.

Apple says the App Store has had an issue since 5:23AM PDT/8:23AM EDT, noting “users may be experiencing a problem with this service.” We’ve had no issues downloading or updating apps in our quick tests with the App Store. 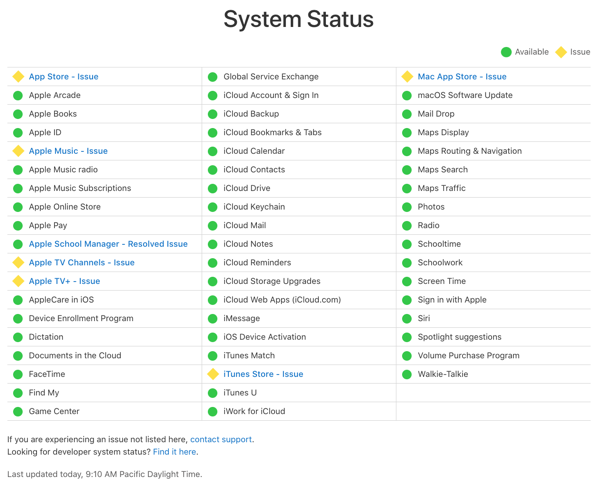 Other services noted as having issues include Apple TV Channels, Apple TV+, iTunes Store and the Mac App Store, all noting the same issue.

Are you seeing any problems right now with Apple services?