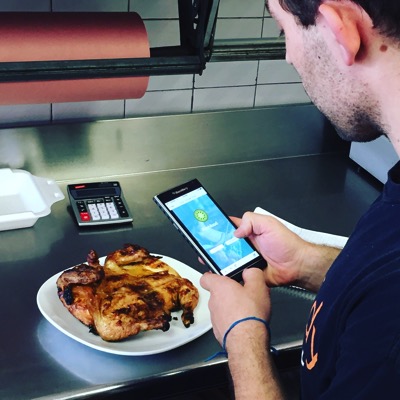 Flashfood, a new app developed by Toronto-based Josh Domingues, promises to connect consumers with food at restaurants and grocery stores that would otherwise end up in the dumpster, allowing them to buy these foods for cheap right before they expire (via Motherboard). The free app, slated for an August 1 launch, allows grocery and restaurant staff to take a photo of food that’s close to its best-before date and offer it at a steep discount, while alerting app users of the food up for grabs.

“If you turn on notifications for a grocery store or restaurant near where you live, or a specific type of food—say, pastries or meats—your phone will be pinged when that retailer has the item you’re after for sale. You can then view the photo, a description of the food on sale, and what it’s selling for. After paying with a credit card, you’re given a confirmation code to show the retailer, and the goodies are yours”.

Toronto’s manager of waste management planning Annette Synowiec applauds the app’s intention, saying that there’s room for everyone to get better at waste reduction, and “if there is a technological tool to help do that and it can save someone money, that’s a step in the right direction”.

15 restaurants have already signed up with Flashfood, including King Slice, a pizza and pasta place. Domingues says he’s close to signing a major grocery chain too, but could not disclose any details yet. He plans to launch in Toronto first, and then scale it across Canada by 2017.