In an effort to make it easy for drivers to pay for city-managed parking lots in the downtown, a new mobile app called ‘Passport Parking’ has just been introduced by the city of Kitchener, Global News is reporting. 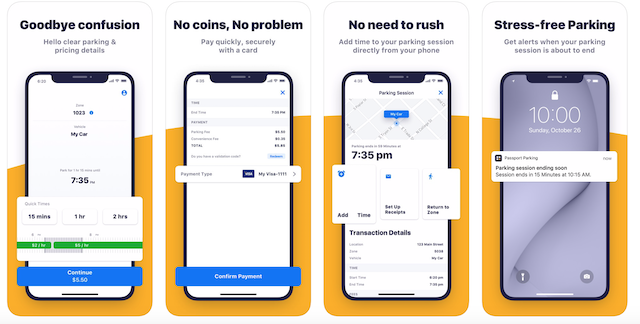 The city has also installed signs at the various locations where the Passport Parking app can be used for payment. The free downloadable app allows iOS and Android users to select the lot they are using and choose the duration they will stay. The app also allows users to extend the time limit using their smartphones:

“Adapting to evolving consumer trends is a priority for all the services provided by the city,” Kitchener Mayor Berry Vrbanovic said in a release. “With so many technology companies moving to Kitchener or expanding their operations in the downtown core, this is a natural fit.”