As part of announcing a record 74.7 million iPhones sold with $75.9 billion in revenue in its Q1 2016, Apple also announced it now has 1 billion ‘active’ devices that have accessed its services in the past 90 days, for the first time in history.

The number was shared in a slide from their Q1’16 Earnings Supplemental Material, noting the number consists of iPhone, iPad, mac, iPod touch, Apple TV and Apple Watch devices, growth of 25% compared to the year-ago-quarter: 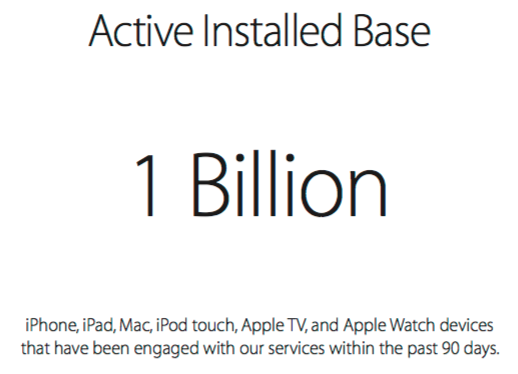 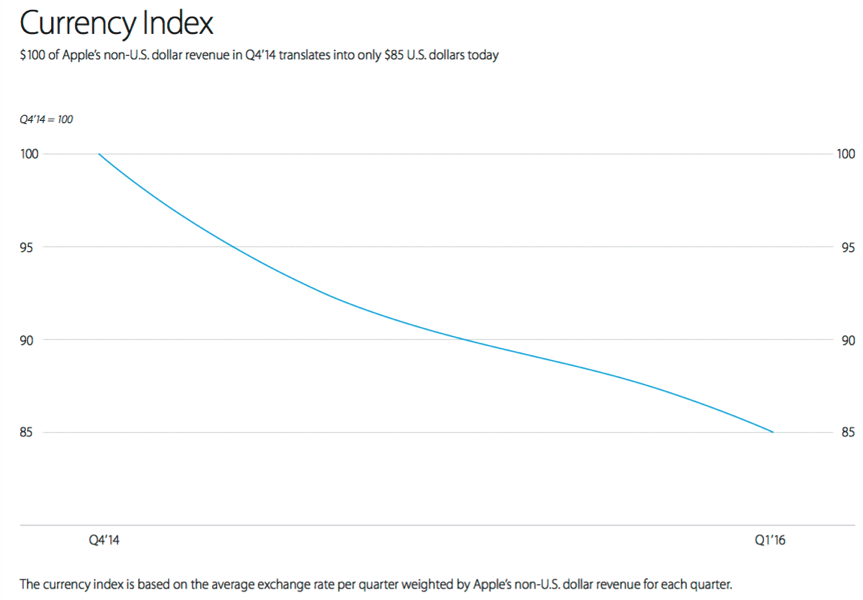 Cook mentioned the record iPhone sales worked out to the equivalent of 34,000 sold per hour, 24 hours per day, for 13 straight weeks. The average selling price of iPhone for the quarter was $691 USD.