Apple Says It Now Supports 2.4 Million Jobs in the USA 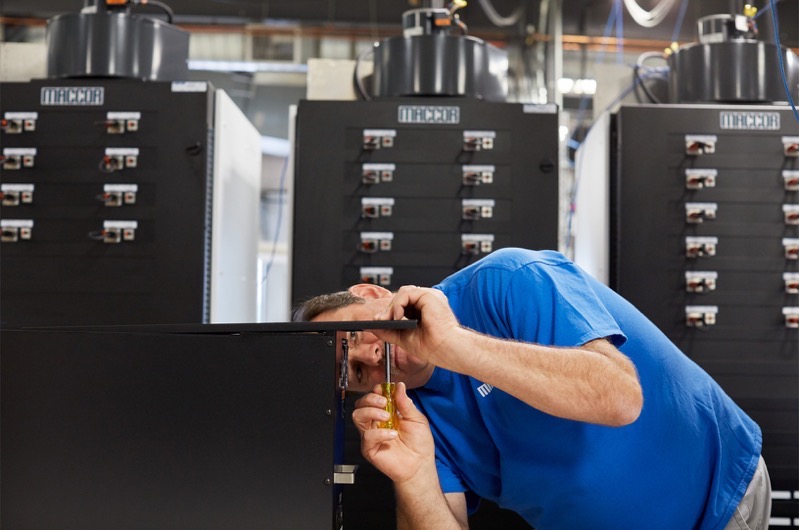 Apple has announced this afternoon its U.S. job footprint has reached 2.4 million, across all 50 states in the country, a number that has increased four times since 2011. The company is on pace to contribute $350 billion to the U.S. economy by 2023, it says.

Today’s press release detailed how one of its suppliers, a battery testing systems company named Maccor, based in Tulsa, Oklahoma, is directly affected by Apple’s investments in the country. Apple says “rigorous quality and performance testing helps ensure the batteries found in Apple products are safe and durable.”

“The relationship with Apple has been tremendous and company-changing for us,” says Maccor president Andy MacKay. “We want to build the absolute best equipment we can build — we don’t want to cut corners. Apple is a company where quality is paramount and they push us constantly to see if we can make improvements in our commercial product.”

[caption id="attachment_389886" align="aligncenter" width="1200"] Image: LCG Auctions[/caption] A rare, factory-sealed original iPhone from 2007 in mint condition is up for bidding at New Orleans-based LCG Auctions' 2023 Winter Premier Auction, which will run through February 19 at LCGAuctions.com. According to LCG Auctions, the item could ultimately fetch more than $50,000 USD. The same auction house...
Nehal Malik
33 mins ago