Apple yesterday quietly announced a change to iCloud storage pricing, as the company eliminated its 1TB option, while slashing the price of its 2TB option by 50% to $12.99, which was the price of the former.

Also, Apple says those customers who had purchased a 1TB plan prior to June 5, 2017, will get a free automatic upgrade to the 2TB plan:

Here’s what the old pricing scheme for Canada looked like as of May 24, 2017: 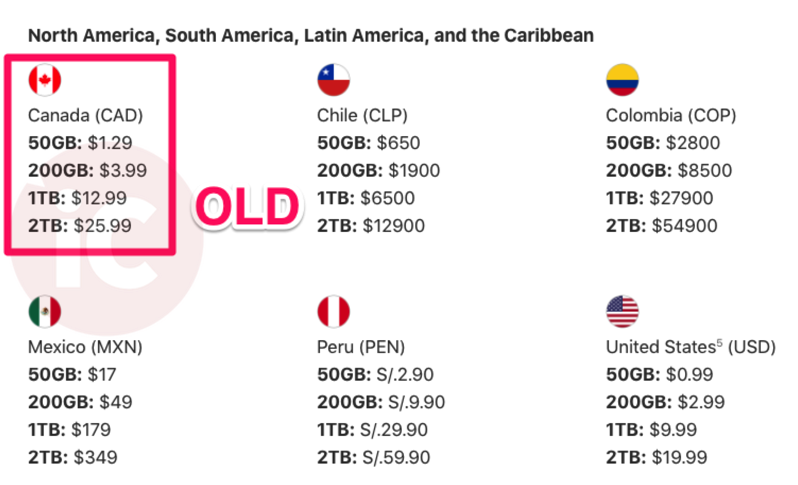 …and the new pricing updated yesterday: 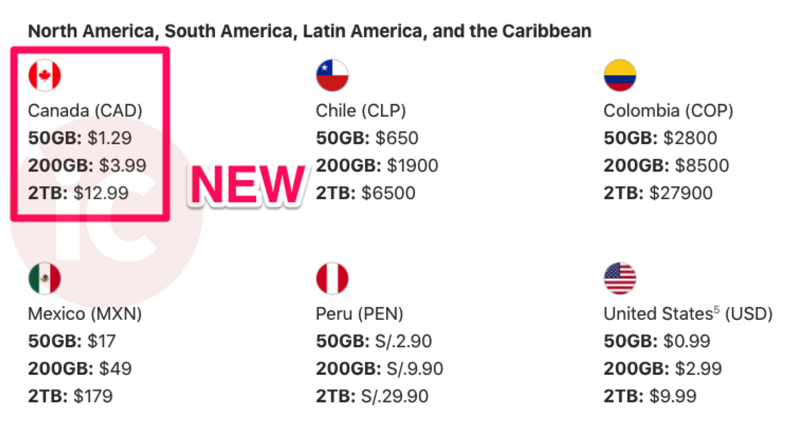 The 50GB option remains at $1.29 CAD per month, so the 2TB plan at $12.99 looks like a much better deal for family and heavy users. With Apple, it’s all about choices, baby. The 2TB storage option launched last fall ahead of the company’s iPhone 7 event.

TechCrunch says the 200GB and 2TB options will soon be allowed to share with families once iOS 11 and macOS High Sierra are released this fall.

How to save 20% off your iCloud storage plan? Fund your Apple account with iTunes gift cards when they are 20% off at Costco. Don’t worry, we’ll keep you updated when the next sale is available.

Ookla has analyzed fresh data from Q3 2022 for SpaceX’s Starlink, HughesNet, and Viasat in North and South America, in the Speedtest company's ongoing series on satellite internet. According to the data, Starlink download speeds dropped in Canada by at least 14% and the U.S. by nearly 17% from Q2 to Q3 2022, while speeds...
Usman Qureshi
13 mins ago

Google has started serving a new pop-up to YouTube users in Canada to help raise awareness for Bill C-11 (aka the Online Streaming Act), which could have significant implications for online streaming platforms and the Canadians who use them. "Your YouTube feed is uniquely yours. Bill C-11 could change that," the alert reads. The Liberal government...
Nehal Malik
35 mins ago