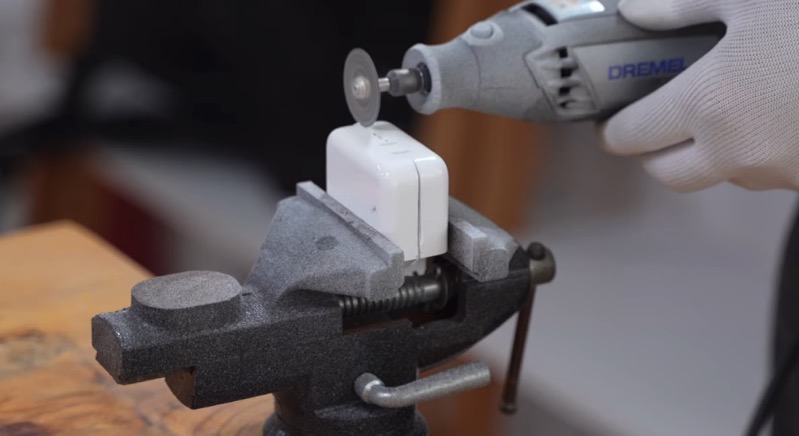 Apple recently debuted new dual USB-C power adapters, one with a fixed prong and another with a swappable plug for international travellers.

The company explains, “the 35W Dual USB-C Port Compact Power Adapter allows you to charge two devices at the same time, whether you’re at home, in the office or on the go. The compact size and folding pins make it easy to pack and store. Apple recommends using it with MacBook Air. You can also use it with iPhone, iPad, Apple Watch and AirPods.”

If you’re interested in seeing the inside guts of this latest dual USB-C power adapter from Apple, ChargerLAB posted a teardown video today, which you can check out below:

We see this 35W charger is nearly the same size as the 30W Apple power adapter—but with one extra USB-C port.

There was also a charging test, showing 16.5W of power for each port when charging up two iPads. Charging two iPhones saw power at 19W and 16W respectively. If you’re charging AirPods and an iPhone, power is at 1.7W and 26W, respectively. Charging a MacBook Pro alone is at 33W.

A Dremel was used to slice the dual USB-C port power adapter apart, to reveal the circuits inside. There’s a graphite thermal pad to help dissipate heat, while we also see a switching power supply circuit and two step-down circuits. There are a lot of complex parts jam-packed into the dual USB-C charger, which costs $79 CAD.

A third-party alternative such as this 40W dual USB-C AC adapter from Anker is priced cheaper at $47.99 on Amazon.