Apple turned 40 years old on April 1, 2016 and to celebrate the company’s milestone, Apple Music has a new curated playlist titled ‘Apple 40’, which brings together forty songs from the company’s ads over that timespan, “to celebrate 40 years of ideas, innovation and culture.” 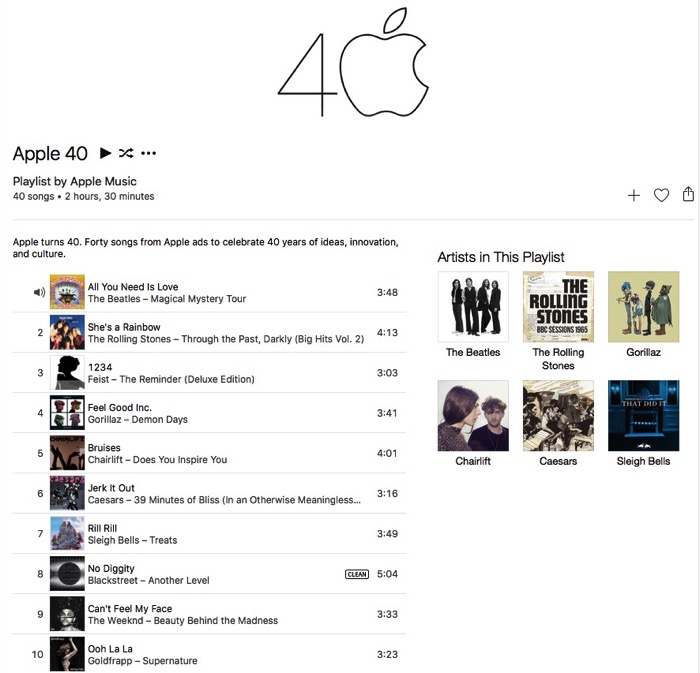 The playlist runs two hours and 30 minutes long, and features artists such as The Beatles, The Rolling Stones, Adele, Lauryn Hill, Coldplay, U2 and more.

On Apple’s 40th birthday, the company held a ‘Beer Bash’ at its Cupertino headquarters, where 6,000 employees celebrated with CEO Tim Cook, with Beats 1 DJ Zane Lowe on hand to play Apple 40.

Click here to listen to the playlist if you’re an Apple Music subscriber.