Apple’s gravity-defying rally continued on Monday as investors raced to beat the eligibility deadline for the company’s upcoming stock split. 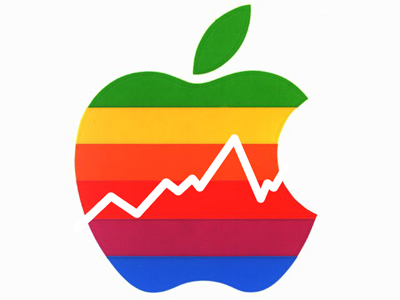 Just days after crossing the $2 trillion USD level for market value for the first time in history, Apple shares are set for a fresh record high of more than $500 per share heading into the Monday session as the world’s most valuable tech company extends its year-to-date gain past 70 percent.

The share price rallied to a high of $515.14 USD. At current values, the iPhone maker has a market capitalization of $2.15 trillion USD.

“We believe that AAPL can continue to outperform peers and the S&P 500 in the near-term as Apple approaches two key catalysts – 4-for-1 stock split on August 31st and the launch of Apple’s first 5G iPhone in October,” wrote Morgan Stanley analyst Katy Huberty in a recent note.

Enthusiasm surrounding the upcoming split, which was announced alongside the company’s strong second-quarter results released July 30, has helped catapult shares higher by 29 percent through Friday.

Apple has added $482 million USD of market capitalization since the split announcement, on its way to becoming the first U.S. company with a $2 trillion valuation. Apple now accounts for around 7 percent of the S&P 500’s total market capitalization, and is worth more than the combined value of the benchmark’s 200 smallest companies.

Apple’s second-generation HomePod is set to launch on Friday, February 3, and ahead of the debut, the embargo has lifted on the first press reviews. HomePod 2 has the same price as its predecessor before the latter was axed, but this time supports Spatial Audio and room sensing for automatically-tuned sound, to go with a […]
Gary Ng
16 mins ago