Why is Apple Charging the Same Price for 5W and 20W Power Adapters? 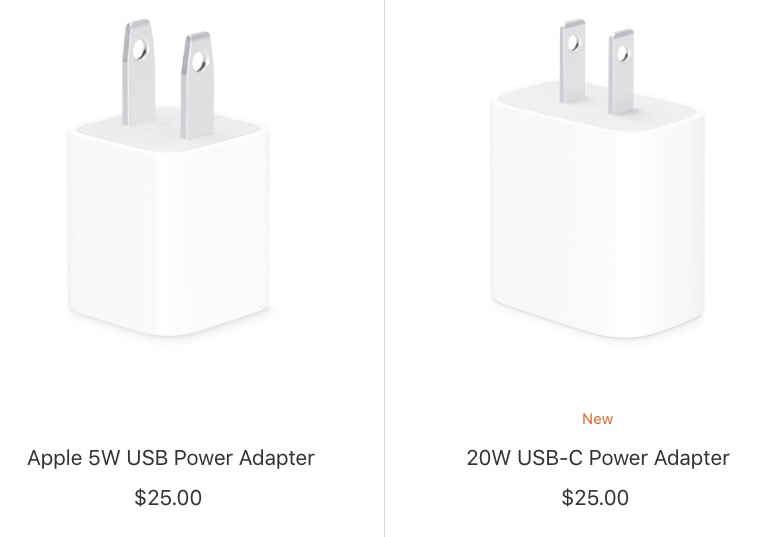 As pointed out by Andru Edwards on Twitter, Apple is currently selling both its 5W and 20W power adapters for the same price of CAD $25 on the Apple Store in Canada.

Other than the power wattage, the difference between the two adapters is that the 5W version works with the old USB-A Lightning cables, whereas the new 20W version is compatible with the USB-C Lightning cables.

While it makes sense for Apple offering the new 20W USB-C power adapter at the same price as the older model, since it isn’t including one with the new iPhone 12 devices, why Apple is continuing to sell the old model for the same price makes little sense at this point.

Why do you guys think Apple is charging the same price for both models?