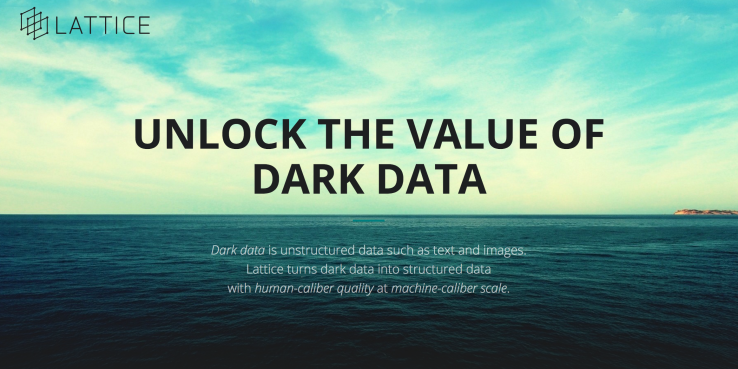 According to a new report from TechCrunch, Apple has acquired machine learning company Lattice Data for around $200 million.

Lattice Data is a firm that aims to turn unstructured “dark data” such as text and images into structured data that can then be handled with traditional data analysis tools.

Although Apple did not confirm the acquisition, they did respond with their usual boilerplate confirmation saying “[Apple] buys smaller technology companies from time to time and we generally do not discuss our purpose or plans.”

Lattice, based in Menlo Park, California, was commercializing a Stanford University research project known as “DeepDive,” acting as a framework for statistical inference. The firm’s website says “our mission is to unlock the value in dark data for critical real-world problems.” Dark Data pertains to the mountains of raw information collected by in various ways (such as logs or photos) but which remains difficult to analyze.

Lattice built a platform of proprietary software on top of Stanford’s open source DeepDive technology, which had been developed over a six-year period with $20 million of DARPA funding, aimed at rapidly make sense out of unstructured data.

The applications that Lattice outlines on its website also suggest potential use in analyzing data for use in Maps, self-driving vehicles, HealthKit and ResearchKit, camera logic and processing as well as Internet data document search. The solutions designed by Lattice could also be used to enhance voice-based assistants.