Apple has released a new research paper titled “App Usage Predicts Cognitive Ability in Older Adults”, that gives us an insight into how older adults use smartphones and how their usage differs from younger users. The research is based on iPhone usage data from 84 healthy older adults over a period of three months (via Reddit). 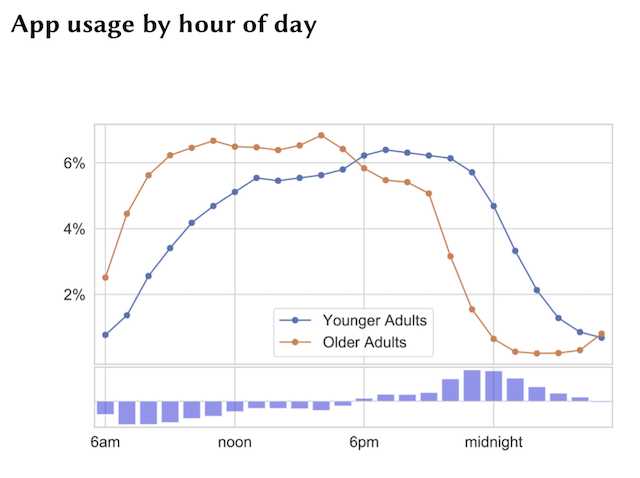 The research found that older adults not only use fewer apps than younger users, they also take much longer to complete tasks and send fewer messages.

Interestingly, the study found that while older adults differ from younger adults in app usage behaviour, the “cognitively young” older adults use smartphones much like their younger counterparts:

We believe there may be opportunities to create accessibility features for smartphones that can take in to account the spectrum of cognitive ability and its impact on usage patterns. We find that while cognitively young older adults are able to hold more information and be more expressive in their usage patterns and choices, and therefore have similar engagement patterns when they do use phones, they are still affected by the physical results of aging.

The research concludes that while prior work suggests that differences in older adults usage of smartphones may be primarily attributable to differences in culture, values, and lifestyle, “we find that for some behaviours, differences can be largely explained by cognitive decline.”