The U.S. Patent and Trademark Office has awarded Apple a new patent titled “Fused glass device housings”, which describes a method of fusing glass structures together to encapsulate the internal circuitry of iOS devices and larger electronic devices including TVs and monitors, AppleInsider is reporting. The procedure allows for the efficient fabrication of seamless all-glass electronic device casings. 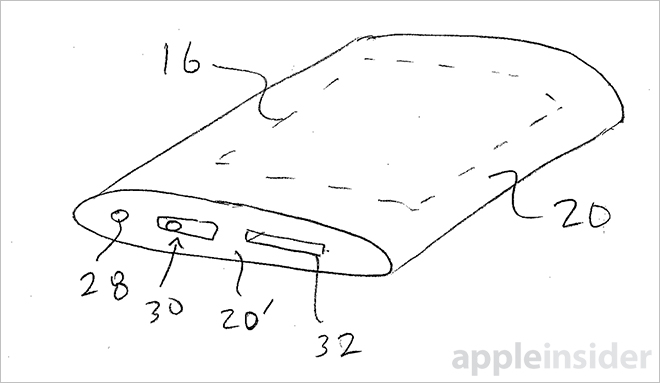 Apple notes in the filing that all-glass structures become heavy when the material is layered to protect against scratches, drops and other accidental damage. The company therefore proposes a new building method that “ensures durability, a lightweight design and eye-pleasing aesthetics”. Instead of using a completely glass-on-glass build, Apple suggests joining glass pieces together via a fusing process.

“According to the patent, the edges of planar and peripheral glass members can be fused together to form a sufficiently thick piece of material that may be machined down to a desired shape. For example, the illustration above shows a media player with rounded edges and flexible display.

To bolster the casing’s structural integrity, raised glass features can be fused to the planar member at weak points in the build. Examples include the addition of glass structures around holes or openings in the glass member, as well as internal support ribs placed that reduce flexing and breakage. Cutouts in the glass surface can serve as holes for buttons and other physical device controls.”

Amazon has revealed its offering of free games arriving for Prime Gaming members. This month, subscribers can gain access to eight titles and new in-game content to a series of ongoing games. December sees Amazon host one final month of free games for the year. Closing out 2022, Prime members can redeem and play Quake,...
Steve Vegvari
53 mins ago