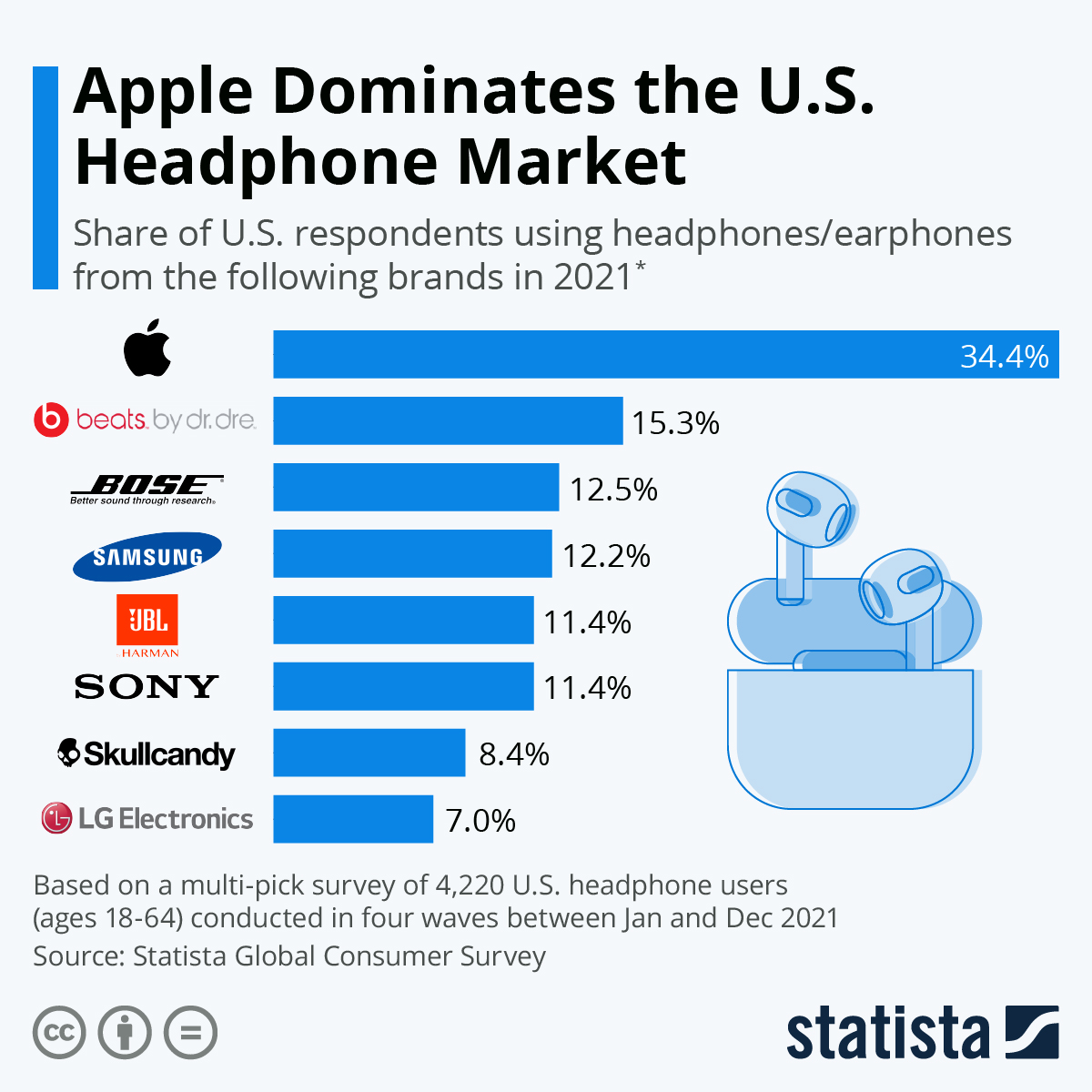 A whopping 34.4% of respondents in a recent survey conducted by consumer research firm Statista in the U.S. said they owned Apple AirPods as their primary headphones.

In second place were earphone and headphone offerings from Beats, which Apple acquired back in 2014, at 15.3%. AirPods and Beats products combined, Apple effectively commanded almost 50% of the headphones market in the U.S. during 2021, according to the survey.

Bose ranked third with a 12.5% market share of those surveyed, with Samsung coming in fourth with 12.2%.

The study was part of Statista‘s Global Consumer Survey and queried 4,220 adults between the ages of 18 and 64 in the U.S. about their personal headphones. The research was conducted in four waves between January and December 2021.

Apple is reportedly working on a refresh of the AirPods Pro, the company’s highest-end in-ear audio offering, for later this year. Analysts predict significant growth in Apple’s AirPods sales for this year.