Hot off the iPad launch, Apple has announced a media event for the iPhone OS 4.0 for this Thursday April 8, 2010!

Apple has begun sending email invitations to select members of the media inviting them to a sneak peek event for the iPhone OS 4.0.

The invitation showcases a large number â€œ4â€ shadow spread across a blue background, with the phrase â€œGet a sneak peek into the future of iPhone OSâ€. 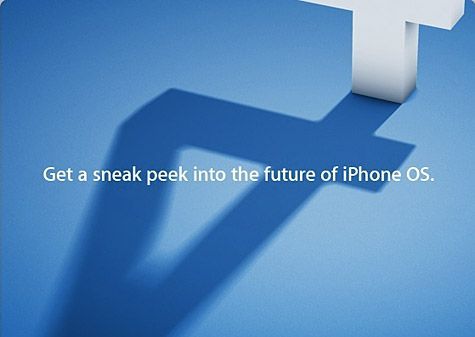