Apple to Developers: Here are 10 Reasons Why Your App Got Rejected

Apple has just published a new page on its developer site, detailing the 10 most common reasons for app rejections. “Before you develop your app, it’s important to become familiar with the technical, content, and design criteria that we use to review all apps”, says Apple. It seems that crashes and bugs, dead in-app links, and placeholder content that hasn’t been removed, are the most common of all. 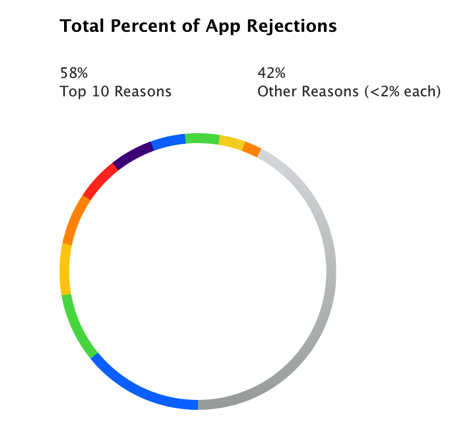 Apple’s new web page also lists the 10 most common reasons for rejection over the past 1 week, which should give prospective developers a clearer idea of what to do and not to do. The Cupertino company also notes that these reasons account for 58% of app rejections, and suggests that developers can minimise risk and uncertainty if they have a look at these reasons before starting development of their app.

Following Morgan Stanley's estimate that Apple’s App store net revenue tumbled a record 5% last month, CNBC's Jim Cramer has said that investors should ignore negative calls about the iPhone maker and hold onto their shares. “The next time you hear this Apple mishegoss, you need to recognize that you’re still getting one more buying opportunity in...
Usman Qureshi
46 seconds ago

Apple has just shared a new support video on YouTube explaining how you can use SharePlay to listen to music and watch TV and movies with your friends while chatting about it in Messages. SharePlay, a feature that lets people share experiences right inside FaceTime on iOS and iPadOS, is now available via Messages as...
Usman Qureshi
31 mins ago