The Apple Archive, a stunning, unofficial tribute to Apple history, has been buried under copyright strikes over its video content. 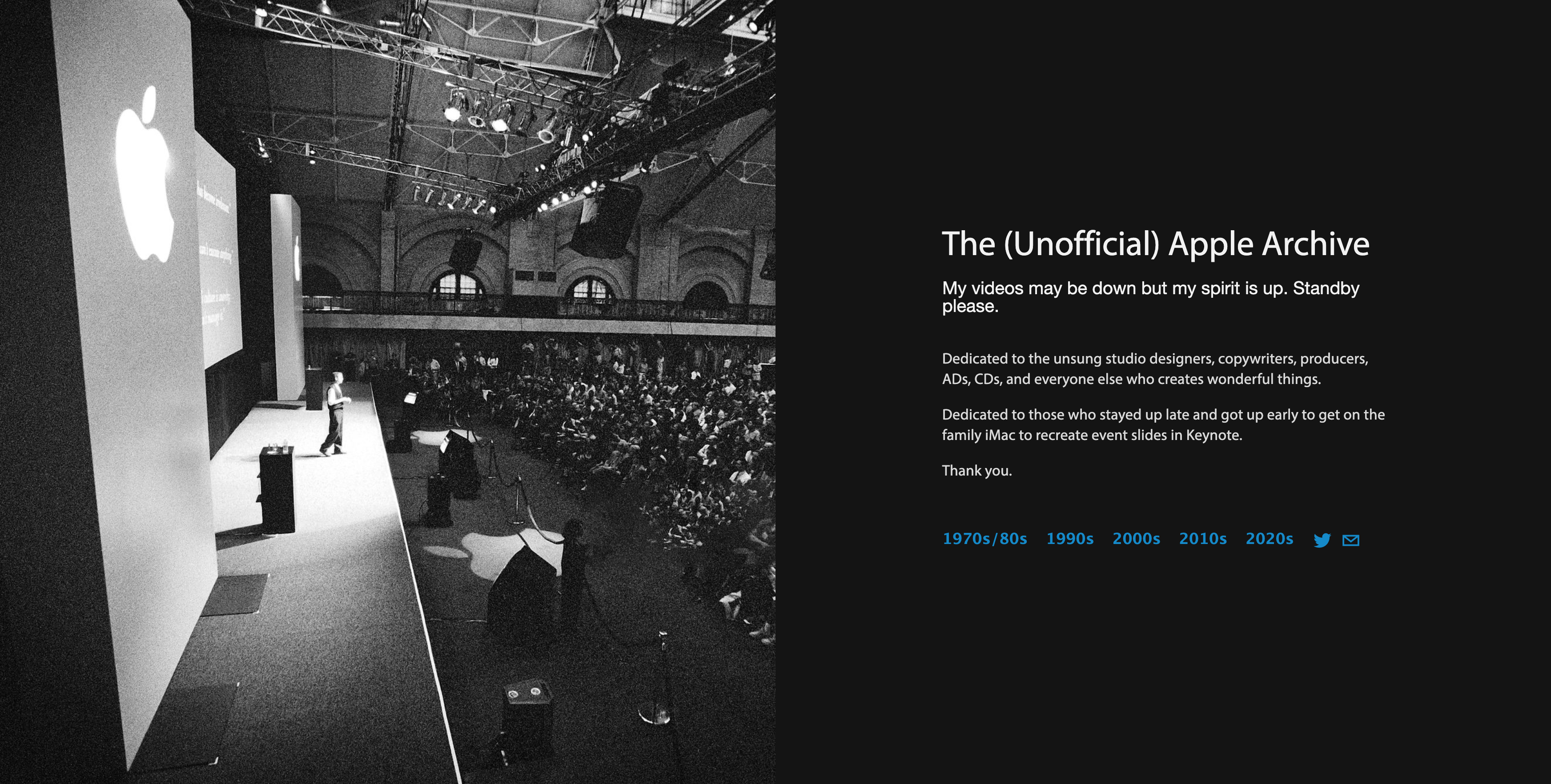 A new report from The Verge explains that The (Unofficial) Apple Archive — an incredible labor of love by Sam Henri Gold who sought to preserve the company’s legacy of creativity by archiving more than 15,000 classic Apple ads, training videos, and other historic Apple content — is losing most of its videos because Apple’s legal team has apparently issued DCMA takedowns by the hundreds.

Gold explained that he received hundreds of DCMA takedown notices from Apple’s lawyers informing him that the vast majority of the videos he had uploaded to Vimeo and linked through his website had been removed from the internet.

“Do you know what it’s like getting 700 email notifications on your wrist in like 2 minutes? Your wrist sorta goes numb from the vibrations,” Gold told The Verge.

44 years of official Apple videos, advertisements, and all the visuals published by the Cupertino were gathered in The Apple Archive. The archive contained a vast amount of Apple content, from newspaper and magazine ads to TV ads, WWDC meetings to in-house training videos, and even macOS and iOS wallpaper collections.

Gold said he’d work with Apple on an official version of the archive, if possible. “A bunch of both past and present Apple employees have shown overwhelming interest and support for what I’m doing, I get their brand doesn’t dwell in the past, but public company history preservation is invaluable for their devoted consumer base and researchers alike,” he said.

The Verge opined that “the takedowns shouldn’t really surprise anyone, since 1) these videos do presumably all belong to Apple, not Gold; 2) companies generally have a duty to protect their intellectual property; and 3) because Gold and Apple have seemingly been playing a game of whack-a-mole for a while now.”

Hopefully, Apple will consider creating its own official archive for everyone’s benefit and enjoyment rather than killing passionate projects like Gold’s Apple Archive.