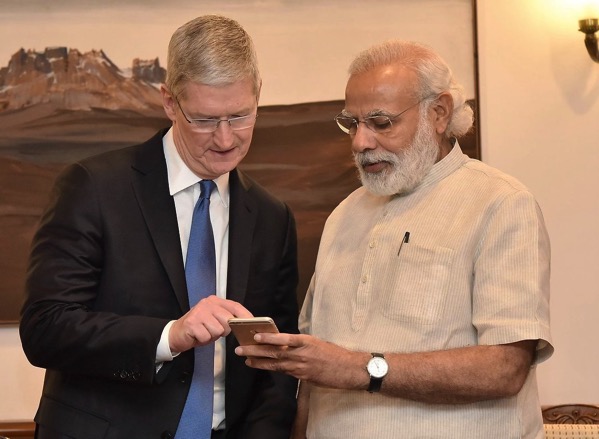 In an official statement to The Wall Street Journal, Apple has said that it has begun initial production of a small number of iPhone SE handsets in Bangalore and will begin shipping the Indian-made devices to domestic customers later this month. Citing a person familiar with the matter, the publication notes that the very first iPhone SE handsets assembled in India could hit the stores as early as this week or next.

An Apple manufacturer has completed a trial run of the first-ever iPhones assembled in India, in an important step in the U.S. tech giant’s push into the fast-growing South Asian market. It is unclear how much the model might cost. Some Indian resellers already offer the iPhone SE for around $320, less than the $399 Apple charges in the U.S. Indian government officials hope the new price could be as much as $100 lower than the current $320.

But Apple prefers to keep prices roughly consistent world-wide and aims to preserve its gross margins, a closely watched measure of profitability that reflects the percentage of revenue that remains after manufacturing costs.

Apple’s Taiwanese contract manufacturer Wistron, which has an assembling unit in the southern state of Karnataka, was handling the manufacturing of Apple’s cheapest iPhone SE earlier this month, according to a state official with direct knowledge of the matter. A Wistron spokeswoman however said the company doesn’t comment on “market rumors or speculation”.

A recent research has shown that smartphone shipments in India grew 18% last year compared with just 3% globally. Apple’s market share in India however, hasn’t risen above 3% since 2012.