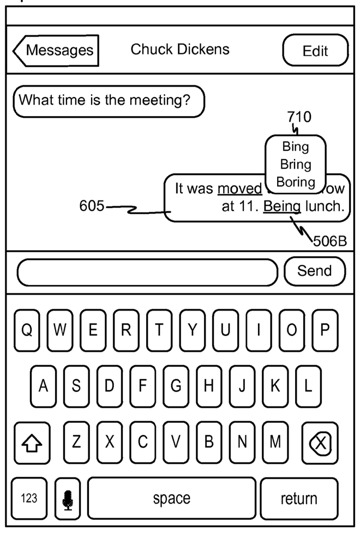 A new Apple patent application published by the US Patent and Trademark Office (USPTO) details a system that highlights any words within a message which have been automatically corrected, essentially notifying the recipient when a mistake has been made by the operating system’s autocorrect feature (via AppleInsider). 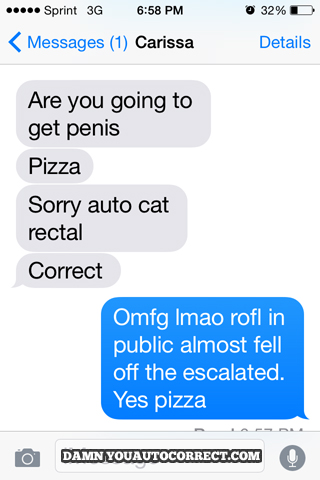 Apple plans to fix the problem of textual ambiguity frequently caused by autocorrect by extending the current post-dictation model. At present, Apple only highlights the words that have been automatically corrected for the sender and only in limited circumstances, such as after using dictation, iOS will use a blue underline to point out any words it was unsure about. The rest of the time, words are simply changed automatically based on the system’s most suitable prediction.

Combined with the input speed of a QWERTY keyboard and fact that most people don’t review their messages after typing but before hitting send, this has resulted in some hilarious miscommunications. Apple’s new invention would fix this by essentially extending the current post-dictation model.

Recipients would be able to see that words were changed, but they would not be able to see the original. Instead, Apple hopes it will prompt them to ask for a clarification: whether they were to meet at four o’clock or the much more delicious but temporally unsuitable fudge o’clock.

Let’s hope Apple brings this feature to iOS and Mac in the near future and fixes the awkward autocorrects in iMessage for good.