The U.S. Patent and Trademark Office (USPTO) has today awarded a new patent to Apple, that describes an automated electric vehicle (EV) charging station which does not require manual connection of the vehicle to the station (via Patently Apple). 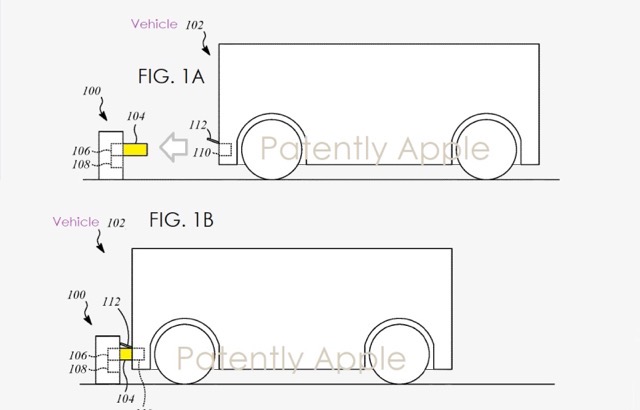 Apple’s systems and methods described in the patent allow an electric vehicle to connect to a charging station without a manual connection by an operator. The vehicle-side structures, including a charging receptacle, are aligned with the charging plug by driving the vehicle, either under manual control or under autonomous control.

The charging station may include a charging plug that is mounted using one or more passive translation stages that change position upon contact with a structure that is formed on the vehicle.

More details regarding Apple’s granted patent 11,325,491 can be found at this link.