Apple has updated its App Store Review guidelines this week featuring a number of App Store changes, one of which is the addition of section 1.1.7 that requires developers to use the official in-app rating UI added in iOS 10.3. According to 9to5Mac, the new paragraph clearly states that Apple will disallow ‘custom review prompts’ in future, meaning any apps violating the new policy will be banned from the App Store. 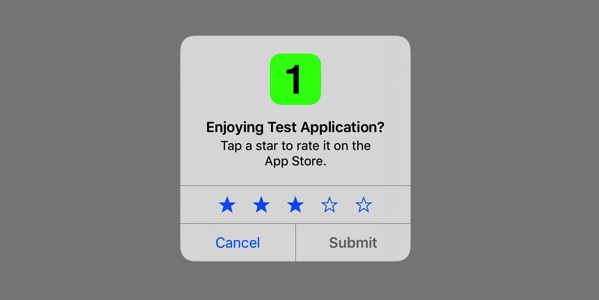 Apple introduced a new App Store rating API in iOS 10.3 earlier this year, although adoption was optional. Now it seems the new API has become mandatory for all developers. Below is the relevant addition to the App Store Review guidelines:

“Use the provided API to prompt users to review your app; this functionality allows customers to provide an App Store rating and review without the inconvenience of leaving your app, and we will disallow custom review prompts”.

The integrated Apple rating prompt lets users pick 1-5 stars and press Done, without losing the context of what they were doing in the third-party app. But while it allows customers to provide a rating without leaving the app, it also imposes limits on how often the rating prompt can be displayed. 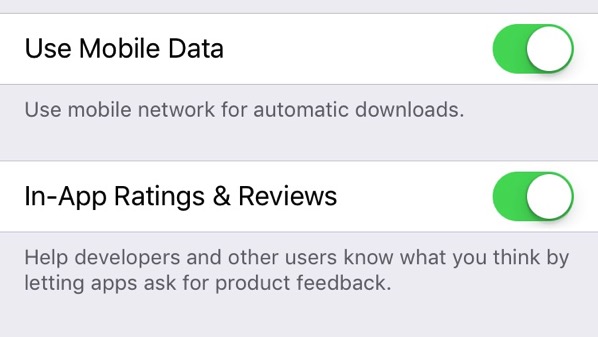 In iOS 11, users are also given more control about whether they want to be asked to review apps at all. To disable these review prompts, simply go to Settings >  iTunes & App Store > In-App Ratings & Reviews and switch the toggle to Off (shown above).