In its most aggressive move yet to thwart jailbreakers and hackers, Apple seems to have begun banning Apple ID’s of offenders.

Late last week, it was reported that a possible unlock had been found for firmware 3.1.3 by iPhone hacker “Sherif Hashim”. A few days later, his Apple ID was disabled with the following message being displayed when attempting to use the App Store or iTunes:

This Apple ID has been disabled for security reasons. 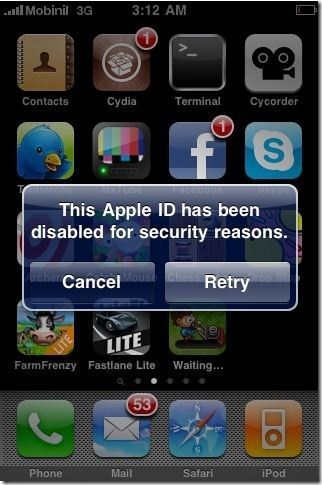 At this time, disabed Apple ID’s do not seem to be affecting every user that jailbreaks their iPhone, but it is interesting to ponder how far Apple may take this.