Apple has finally pulled the plug on The Financial Times official app for iOS which apparently failed to comply with Apple’s in-app subscription guidelines, after a two months deadline which recently came to an end. According to Apple’s terms, an app that requires monthly subscriptions must allow payment processing though the iTunes which gives a share of 30% to Apple as well. Instead, Financial Times app for iPhone and iPad which is now no longer available in the AppStore, allowed subscriptions through an external processor. 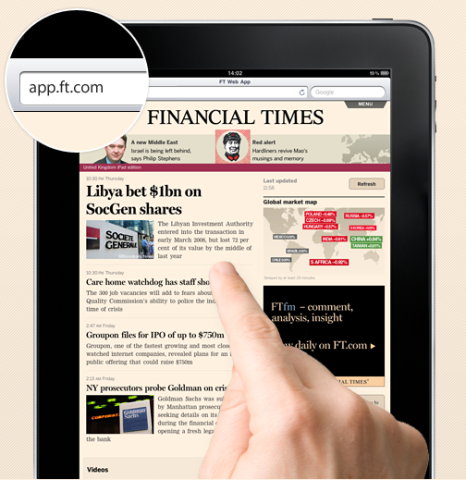 Luckily, an HTML5 web app is an alternative option available for current subscribers who still want to access FT on their iOS device. According to the source, an FT spokesperson said:

The FT iPad and iPhone apps will no longer be available to new users through iTunes. We are directing readers to the FT‘s new web app available at app.ft.com.  iTunes will remain an important channel for new and existing advertising based apps.

The source has also revealed that Financial Times subscriptions grew approximately 15% since the launch of their iPad application, making it the largest contributor to their digital growth. 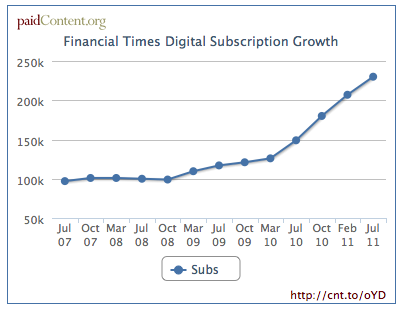 There are still many publications available on AppStore which are not complying with Apple’s in-app subscription guidelines meaning they either need to comply immediately or get in line and follow suit in the coming few weeks.

Which AppStore subscription based app do you think is going to be next?