Apple Looking to Use HomePod’s Beamforming Tech in Future Headphones

A new Apple patent application published today by the US Patent and Trademark Office (USPTO) suggests the company may be looking to incorporate its HomePod speaker’s beamforming technology into its upcoming over-ear headphones, which are expected to debut later this year according to KGI Securities analyst Ming-Chi Kuo. 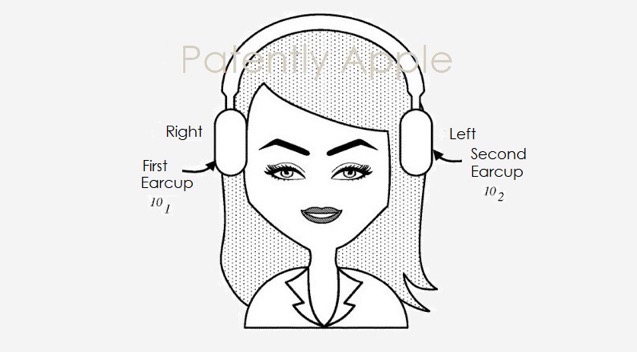 Spotted first by PatentlyApple, the patent application titled “System And Method For Automatic Right-Left Ear Detection For Headphones” explains how the headphones can automatically perform right-left ear detection and adjust their output accordingly, allowing the creation of ‘reversible’ headphones.

Apple notes that the headphones can detect which microphone is nearest to the wearer’s mouth on each ear-cup and use this information to work out which way around the headphones are being worn.