The partnership between Apple and Belly — a customer loyalty program that launched in 2011 — has reached another phase: the startup will be part of Apple’s arsenal of recommended apps for businesses, Belly representatives said to the Chicago Tribune. 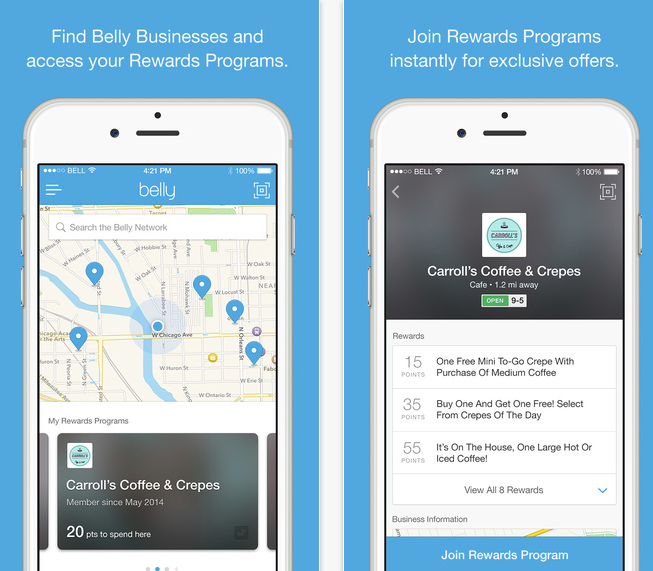 Apple and Belly first partnered up for Apple Passbook — rebranded as Wallet since iOS 9 — in 2012. That partnership had an important role in Belly’s growth. But this fresh partnership brings so much more: Apple will funnel business-to-business sales leads to Belly, which should drive sign-ups for Belly’s merchant tools, Belly CEO and founder Logan LaHive said in an interview with the Chicago Tribune.

While the financial details remain under wraps, this is huge for Belly as it aspires to sell bigger merchants its loyalty program solution.

The fact is, despite being around for only four years, Belly has 6 million members and 11,000 merchants in the US. Last year, it went live in more than 2,000 7-Eleven stores in the US and Canada.

Earlier in 2014, Apple announced a partnership with IBM, with the aim to develop business-focused apps for iDevices. The initiative has since expanded and now includes Belly as well as more than 40 other companies — like Box, DocuSign, etc. — that Apple brands as its business-to-business partners.

The display technology experts over at DisplayMate have crowned the iPhone 14 Pro Max's screen the best to ever grace a smartphone, giving it their highest-ever A+ rating and "Best Smartphone Display Award." DisplayMate is one of the world's leading authorities on display technology. The corporation's reviews and reports are based on comprehensive, objective laboratory tests...
Nehal Malik
40 mins ago