Apple’s latest round of billboards continues to tout its strict stance on user privacy. 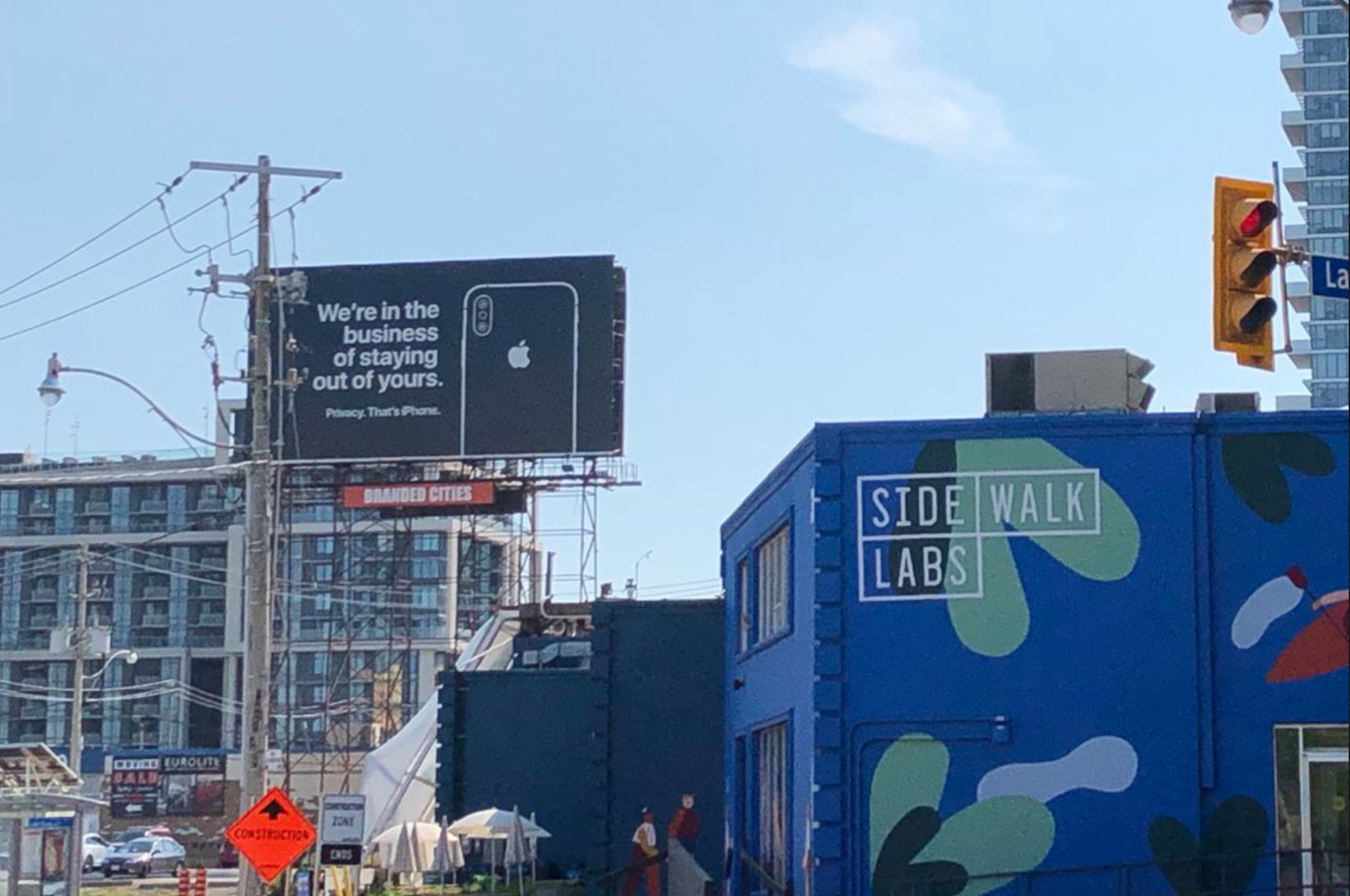 When CES kicked off in January this year, Apple started a new privacy-focused marketing campaign that saw it put up a “What happens on your iPhone, stays on your iPhone” billboard near the Las Vegas venue.

Continuing that trend, Apple has now debuted two more privacy-focused billboards in Toronto, which take a subtle jab at Google. The billboard put up on King Street reads “Privacy is King,” while the second one at Sidewalk Toronto HQ reads “We’re in the business of staying out of yours.”

Both billboards include the slogan “Privacy. That’s iPhone,” appearing in smaller letters under the main copy line. The rest of the billboard is black and white with a silhouette of the iPhone XS. It’s simple and direct to the point.

Oh I get it. It’s because it’s on King Street pic.twitter.com/3s8dCD6xC4

The former billboard is placed outside Sidewalk Labs, a company that is owned by Google’s parent company Alphabet which focuses on the company’s urban development initiative. Google and Apple have in the past come to blows over their differing privacy strategies.

Even though Apple seems to be transitioning further into services, it still touts the security of its devices — Apple maintains that it doesn’t want or need your data in order to carry out tasks or sell you products. Apple has also made privacy-focused iPhone ads that have been aired on various TV markets globally. For example, one ad starts with the tagline “privacy matters” and then shows a variety of humorous if not slightly awkward situations where people would want their privacy protected in everyday life.

Apple has recently introduced numerous initiatives to promote privacy. These have included the likes of Apple’s new “Sign in with Apple” feature, introduced at WWDC, as well as making it easier for users to download all the data that Apple keeps on them.