Thirteen years after going on sale, the iPhone remains the world’s most popular smartphone, and according to an estimate by Above Avalon’s Neil Cybart, Apple surpassed the billion iPhone users milestone last month. 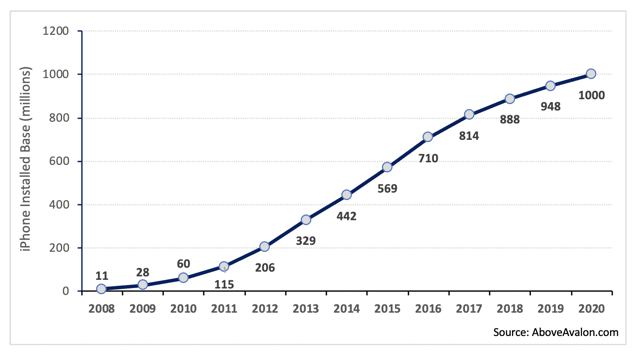 While the competitors continue to either shamelessly copy the iPhone or be heavily influenced by it, Apple continues to find ways to keep the device at the center of people’s lives. And even though iPhone sales to new users will likely have accounted for less than 20% of overall iPhone sales for FY 2020, the device’s installed base remains strong.

Two variables are needed to estimate and track the iPhone installed base:

By combining the two groups, one is able to derive estimates for the total number of iPhones in the wild.