Apple Brings AppleCare+ For iPhone, Covers Accidental Damages [US Only]

Those who have been using AppleCare for their beloved Apple hardware such as iMacs, Macbooks or other expensive Apple peripherals, they would know the peace of mind they get with this Apple exclusive service adding an extra year to product’s standard warranty. Now, Apple has taken this service one step ahead with a $99 AppleCare+ for iPhone. In addition to an extrea year of warranty, AppleCare+ will also cover two incidents of accidental damange to your iPhone and charge only $49 service fee per incident for fixing your cracked iPhone. 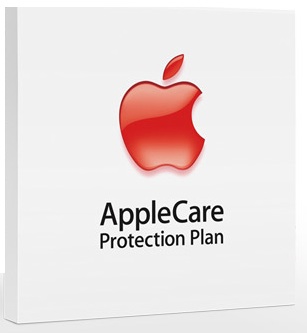 Every iPhone comes with one year of hardware repair coverage through its limited warranty and up to 90 days of complimentary support. AppleCare+ for iPhone extends your coverage to two years from the original purchase date of your iPhone1 and adds up to two incidents of accidental damage coverage, each subject to a $49 service fee.2 Whether you use your iPhone with a Mac or a PC, just one phone call can help resolve most issues.

AppleCare+ provides repair or replacement coverage, both parts and labor, from Apple-authorized technicians.

**AppleCare+ must be purchased together with new covered equipment

Unfortunately, AppleCare+ is available for US customers only leaving out Canada once again. It seems Apple couldn’t care less for unfortunate Canadian customers with broken iPhones. Don’t you think?

[caption id="attachment_382288" align="aligncenter" width="1920"] Image: @OnLeaks and @Smartprix[/caption] Samsung's upcoming flagship smartphone, the Galaxy S23 Ultra, has just leaked in high-resolution renders that reveal its design and more. The leaked renders come from Smartprix and known tipster @OnLeaks. Samsung is months away from actually unveiling the Galaxy S23 series, which is being developed under the...
Nehal Malik
13 mins ago

Amazon is holding a virtual event right now, announcing new devices this year ahead of the holiday season. The first announcement was the new Kindle Scribe, which is the company’s largest e-reader that now includes writing capabilities. Kindle Scribe has a 10.2-inch 300-ppi HD display that’s also front-lit, and the included pen “never needs charging.” […]
Gary Ng
51 mins ago

Apple has kicked VK, Russia's take on the social media network Facebook, off the App Store globally to comply with the latest tranche of British sanctions — reports The Guardian. VK, formerly known as VKontakte, said on its website that the mobile app would continue to work on smartphones it was already installed on. However,...
Nehal Malik
53 mins ago