Last week T-Mobile launched the iPhone 5 in the USA, a firmware tweaked GSM version to support AWS bands of 1700MHz. Some Canadians managed to get their hands on T-Mobile iPhone 5 units and showed off how they were able to connect to Mobilicity and WIND Mobile’s AWS 3G network.

Most likely the update was made to the Apple US iPhone 5 page and it carried over the Canadian page, causing confusion. 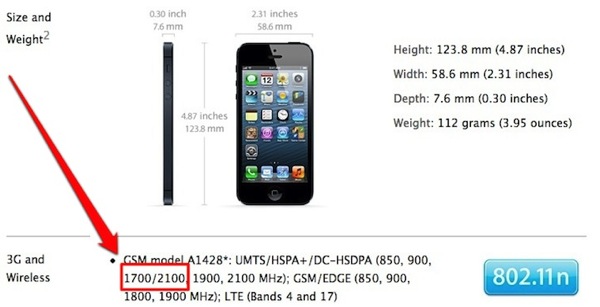 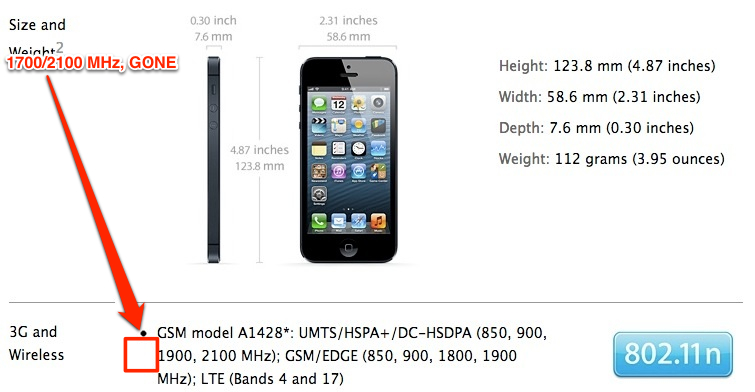 It is possible existing unlocked units in Apple Stores haven’t been replaced with the new variant yet, so we’ll have to wait longer to find out what happens. But if Apple’s website is any indication, they are making it clear unlocked iPhone 5 units won’t be supporting the AWS 1700 MHz band on paper.

Do you know someone who purchased an unlocked iPhone 5 from Apple retail and made it work on AWS networks from WIND, Mobilicity or Videotron out of the box? Have you actually witnessed this?

Update: Okay, looks like Apple has re-added the 1700/2100 MHz to the specs page, where it was originally removed. To make things even more confusing, the specs have been removed from the store page, where they were recently added.