Shared by French website MacGeneration, an Apple Campus 2 site view from the sky shows the construction is well underway. The project was approved by the Cupertino City Council in October last year, following which Apple began the demolition process. 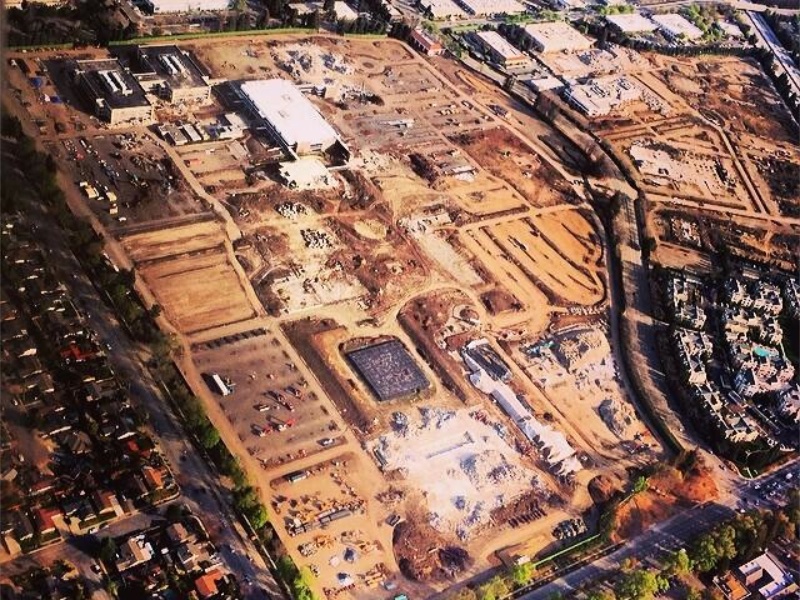 The photograph was uploaded on Instagram by Ron Cervi, a news and traffic reporter for KCBS. The site totalling 175 acres, where Apple is building its second campus, is located one mile east of Apple’s Cupertino headquarters. Originally expected to break ground in 2013 and open in 2015, the project has experienced delays and is now expected to start in 2014 and open in mid-2016.

Apple Campus 2 is planned to house up to 13,000 employees in one central four-storied circular building of approximately 2,800,000 square feet, which will include a cafe for 3,000 sitting people, be surrounded by extensive landscaping, and offer parking both underground and in a parking structure.

If you haven’t already, check out these 3D models of Apple’s amazing spaceship campus project.