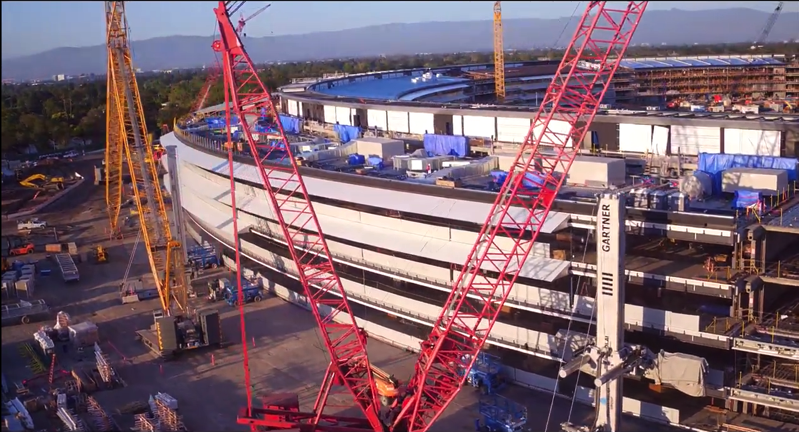 The construction of Apple Campus 2 is monitored closely (literally) by a handful of drone owners. Yesterday we posted a video filmed and edited by Matthew Roberts revealing the progress the iPhone maker has made with its massive construction project.

In an email sent to iPhone in Canada another YouTuber, Duncan Sinfield, shared his own video recording. As it turns out, he regularly posts Apple Campus 2 construction updates: for example, you can compare the footage shot 9 months ago to the recording published on YouTube on the first day of May. But if you want to see building rising, you can watch all the monthly updates he has posted.

In the same email, Sinfield explains how he methodically films one of the most ambitious construction projects yet — said to cost roughly $5 billion.

I try to fly when the work day is over and fewer people are on site. My biggest concern is a worker getting distracted by the sound of my drone and potentially being injured on the site as a result of the distraction. I try to stay out of their hair, film outside the job site hours of 7a-7p.

Watch the video inserted below: