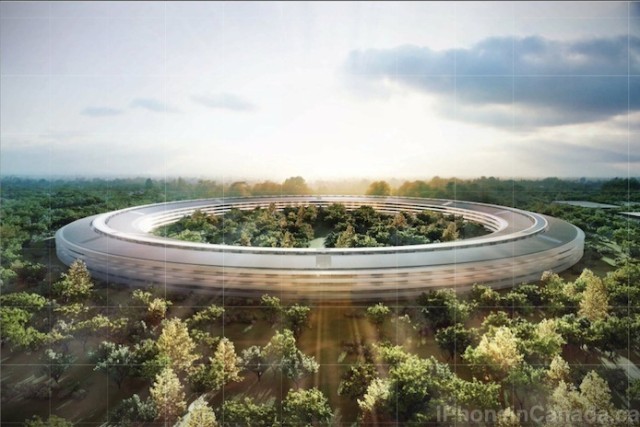 Apple has submitted the third revision of its new Apple Campus 2 project to the City of Cupertino. The campus will consist of 2.8 million square feet and be over four stories tall, while taking the environment into consideration. Amenities will include a cafe, fitness centre, corporate auditorium (to seat 1000 people), and the campus alone will support 14,200 employees. The project architects are Foster + Partners, based in London.

Apple describes the goal of the project:

In short create an inspiring 21st Century workplace reflecting Apple’s brand values of innovation, ease of use and beauty, and enabling Apple to extend its Cupertino roots and home into the future.

Here are the updated documents submitted to the City of Cupertino:

The floor plan documents have been separated into two parts, whereas the previous revision from last December was just one unified document. The high resolution renderings now include grid lines to support the images.

Steve Jobs revealed in the Walter Isaacson biography that he wanted to “leave a signature campus that expresses the values of the company for generations.” It was back in June of 2011 that Steve Jobs himself showed up to passionately describe the vision for Apple’s new campus to the Cupertino City Council.