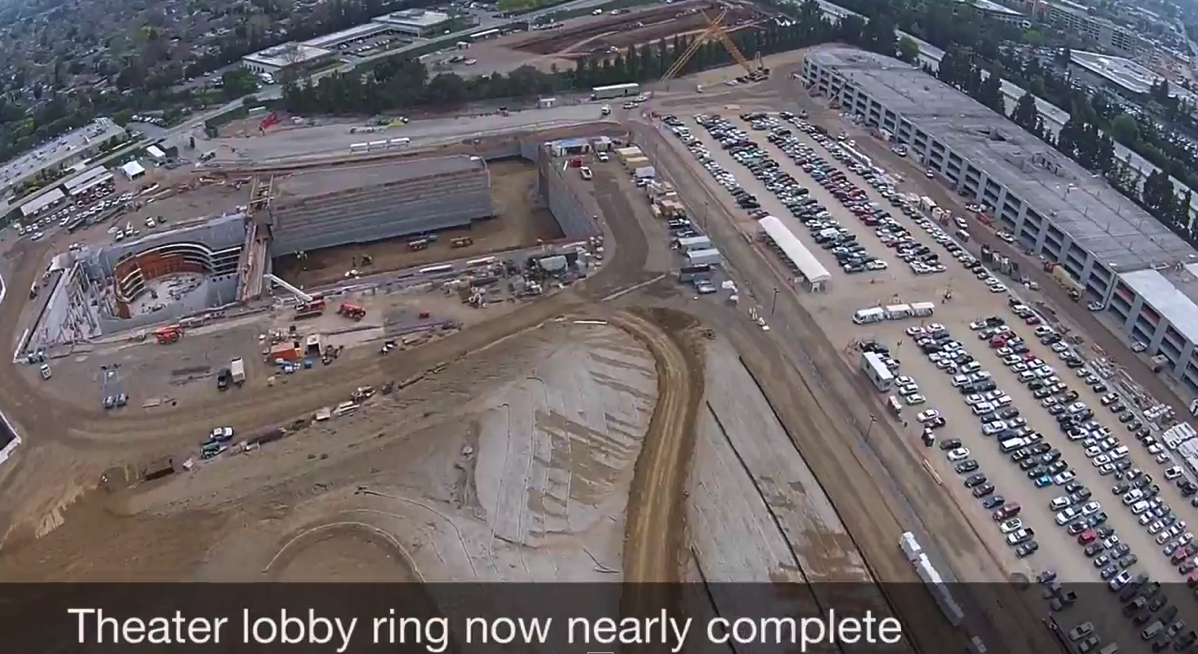 Apple Campus 2 was granted approval just about 18 months ago. Since then, Apple has laid out and maintained an aggressive schedule, as it wants to move into the new headquarters by the end of next year. The latest aerial tour reveals the progress Apple has made on its spaceship ring and other tidbits (via AppleInsider).

As you can see from the above image, the underground theater is taking shape: The circular lobby area is clearly visible, while the north section – currently a huge excavated hole – will become a theater as the construction progresses. This part of the building will cost approximately $161 million to complete, according to construction permits.

The theater site will also include a so-called “assembly space” with seating for 1,000, kitchen facilities, and a large lobby area.

The Apple Campus 2 was first unveiled in 2011 by Steve Jobs. With its 2.8 million square-feet of space, the circular building will house 12,000 employees next year, when Apple moves in.