Apple’s new Cupertino headquarters, Campus 2, is slowly but steadily taking shape, as we can see from the latest videos filmed with the help of drones and other sources. Meanwhile, the iPhone maker has decided to break its silence around the project and invited KQED Science reporter Amy Standen to the site, showing her and the crew the current state of the campus.

We reported earlier that the new campus would house roughly 15,000 people, and facilitate innovative work and collaboration due to its round, spaceship-like shape.

“What Apple inherited on the property was several older buildings, all of which were broken down and deconstructed,” says KQED Science reporter Amy Standen, who got a tour of the site. “Much of the material from those old buildings was recycled into new building material to make the new campus, according to Apple.”

Every project has its critics, and Campus 2 is no exception. This time, they say the design is too insular and not well integrated into the community, and that a more urban setting would create opportunities for locals to interact with the company.

Apple’s Campus 2 is scheduled to be finished in 2016. Locals hope they will at least be able to take a tour of the building at an open house. Meanwhile, here are the images taken by Anya Schultz KQED’s photoreporter. 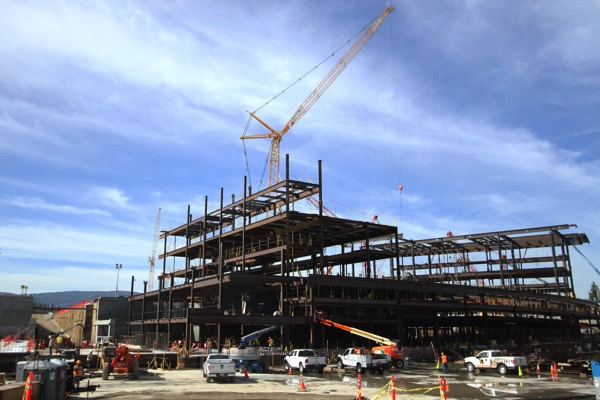 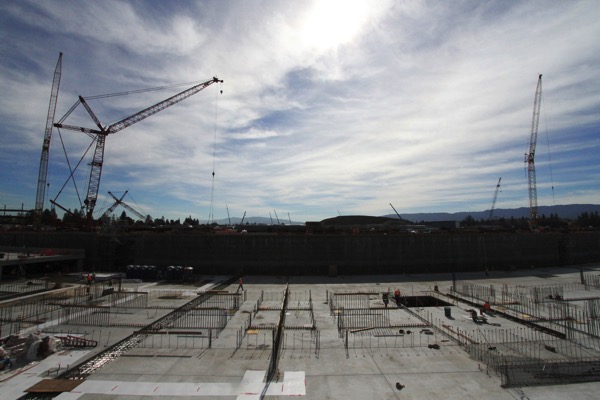 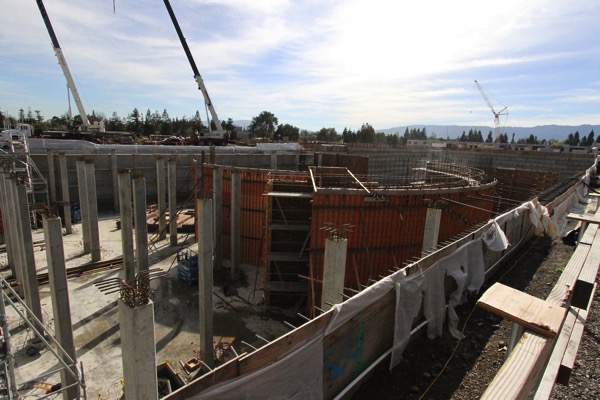 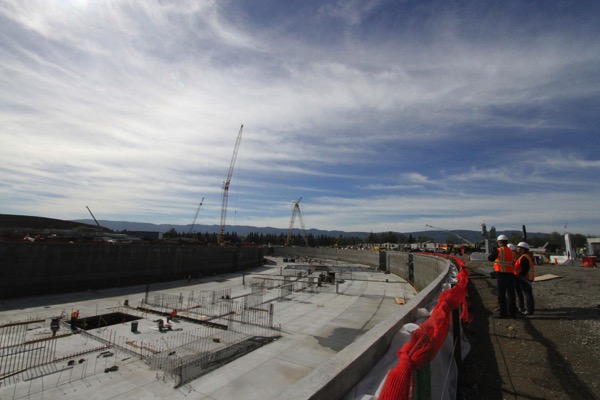