Apple Says Canadians Can Donate to B.C. Fires Relief via the App Store [u]

Apple is encouraging Canadians to donate to the Canadian Red Cross via the App Store, as a section recently was added to promote funding towards British Columbia fires relief efforts. 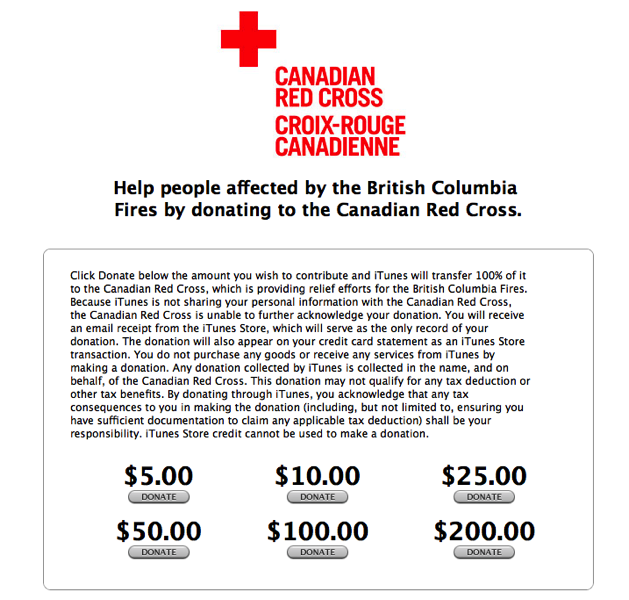 Apple regularly partners with the Canadian Red Cross to allow users to easily donate towards relief efforts, such as during last year’s devastating fires in Fort McMurray, Alberta.

According to the BC Wildfire Service, as of August 6, 2017, there were 132 wildfires currently burning, with 900 wildfires since April 1st and an estimated 591,280 hectares burned since the latter date as well.

Canadian wireless customers can also donate via their cellphones by texting FIRES to 45678 to make donations to the Canadian Red Cross. Rogers and TELUS last month announced they would be waiving voice, text and data overages for customer affected by forest fires in British Columbia.