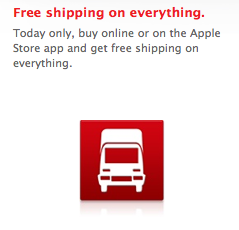 If you need to buy some gifts for Christmas from Apple.ca, do it online today as free shipping is on everything. Normally, free shipping is only for orders of $75 or more via standard shipping (meaning your order will arrive within 8 business days).

Whether you order via the web, or the Apple Store app, all orders today will be shipped for free, most likely part of Cyber Monday sales in Canada. Apple’s 2011 Black Friday sale as resulted in huge sales this weekend. 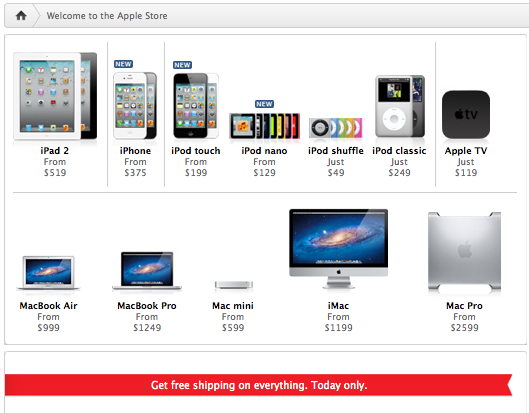 Our U.S. neighbours though? They get free shipping on all orders until December 22nd (of course they do!). Apple is in high gear for the holiday season as we first reported the introduction of their annual holiday gift guide to web shoppers.

What are you ordering today?