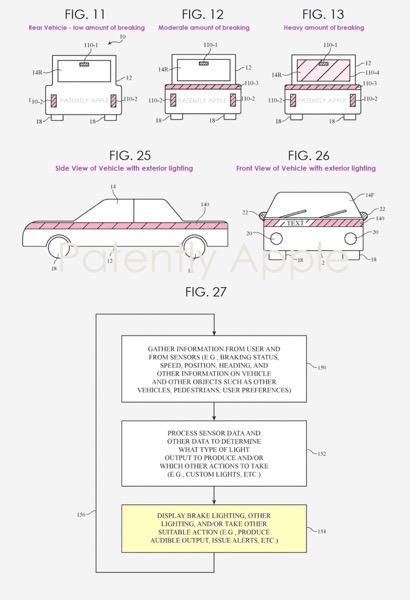 Non-vehicular information may also be displayed (e.g., “tornadoes in area,” “fog ahead on roadway,” “traffic congestion in 1 mile,” etc.). Icons may include warning symbols (e.g., warning triangles, icons that include warning information within triangular boundaries, etc.).