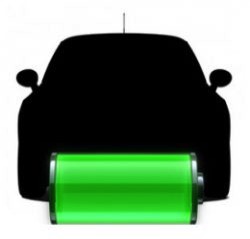 Apple has tapped a small South Korean firm with “20 or so expert technologists in batteries”, to co-develop hollow batteries for the so-called Apple Car, Korean website ETNews is reporting (via MacRumors). The batteries, which are believed to be for Apple’s secret car project often dubbed as ‘Project Titan’, are described by the source as cylindrical lithium-ion secondary batteries with a thickness of two fingers and uniquely hollow centers.

“Because batteries create most heat from the center due to chemical reactions, this company has created batteries where air flow and cooling are smooth in the center of batteries and this can minimize installation of separate cooling device or a device that prevents over-heating. They are also advantageous in high output. By utilizing this space, it is easy to design parallel connection, which is to expand battery capacity, in these batteries”.

While the report has not disclosed the company’s name due to its recently signed non-disclosure agreement with Apple, MacRumors has uncovered a European Patent Office patent application for a hollow type secondary battery filed by Korean company Orange Power. The company has 25 employees in R&D, and 33 total, which together with the patent application suggests it may well be Apple’s South Korean battery partner. Although all of this is mere speculation.

Last year, it was also reported that Apple has poached Samsung engineers to develop battery technologies for its widely rumored electric vehicle.