Apple has today been granted a new patent by the US Patent and Trademark Office titled “Lighting systems of vehicle seats” which details how a vehicle’s interior could be designed to light up in unexpected ways by embedding LEDs, lenses, and fiber-optics throughout the interior (via Apple Insider). 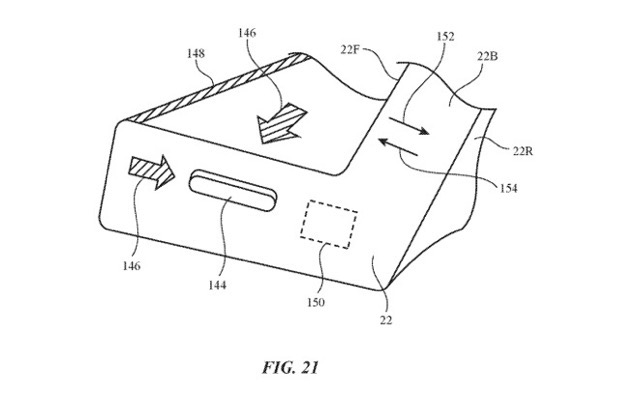 Apple notes that LEDs and OLEDs can be used to light up fibers and other light guides throughout the vehicle. Moreover, lens structures could be used to guide the light through purpose-made openings in the fabric.

The company’s intended application for the technology, however, isn’t just for use on the typical panels and dashboard of a vehicle. It proposes the system could be “integrated into a seat” to inform passengers on how to change the position of their seat, or even advise them to put on their seat belts.

Either the LEDs will be made directly visible, as currently used, or will be hidden with light channels and fibers used to transport light to where illumination is required.

As part of this, the lighting can be used to illuminate through openings in a cover layer “formed from fabric, leather, or other materials.” Images in the patent filing suggest the inclusion of arrows and other instructional symbols, text, animations, and even simple patterns for decorative purposes.

In an earlier patent, Apple proposed the use of fiber optic-based segments both inside the vehicle and externally, producing intricate shapes and other elements.