With Apple continuing to develop ideas in both vehicle design and automated transit under its secretive ‘Project Titan’ initiative, a newly granted patent by the US Patent and Trademark Office (USPTO) has revealed that the company’s self-driving car may have adaptive sliding doors that ensure they open as widely as possible (via AppleInsider). 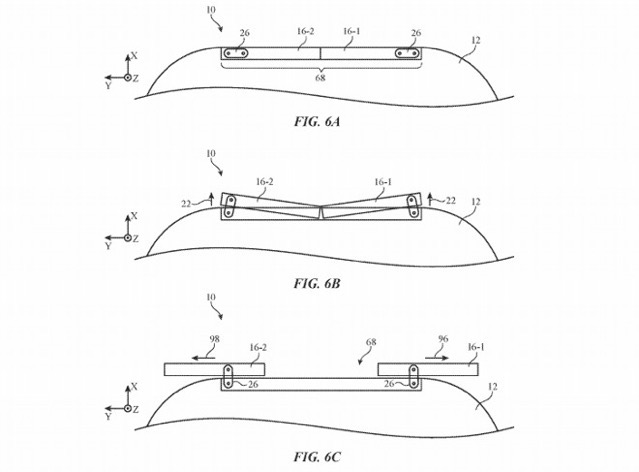 The patent titled “Doors with adaptive positioning” hints at how sliding doors could be added to an automobile. Apple details how the rolling hinges closest to the front and back of the vehicle can be shifted between states, points out AppleInsider:

“In particular for this system, the tree guide rails used for each door also include a sensor system to determine the door’s motion, to help prevent it from coming into contact with items like other vehicles or pedestrians. The sensors feed the door system with data, which is then used to control the actuator that determines the angle the door protrudes away from the vehicle.”

Apple’s system features an internal reference model that determines states for an expected vehicle response with the help of a “stability determining module.” The module can keep monitoring for deviations from the planned commands and compensate accordingly.

As always, none of these patents guarantees the concepts will actually make it into a future Apple product.