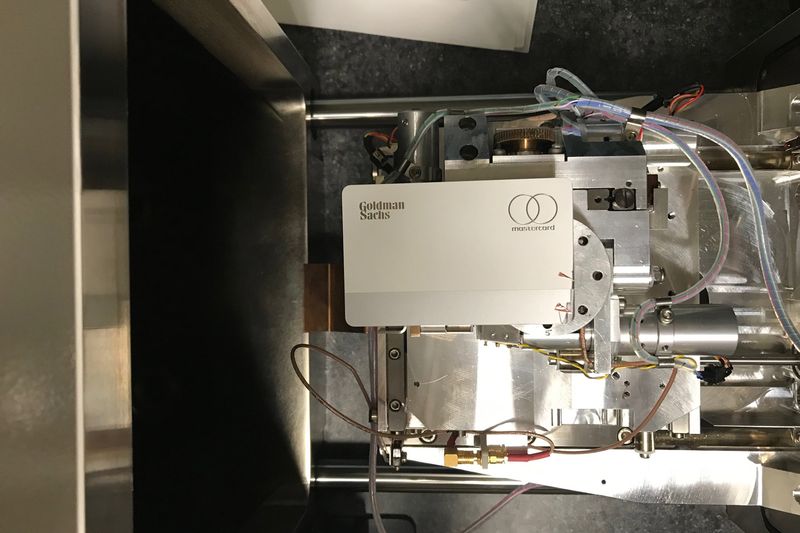 Reporter Mark Gurman over at Bloomberg had a burning question—how much titanium is within the physical Apple Card? To answer this, a titanium Apple Card was put under an electron microscope to find out exactly:

But how much titanium? To find out, a Bloomberg Businessweek reporter sent his card to a mineralogist, University of California, Berkeley professor Hans-Rudolf Wenk. Professor Wenk used what’s known as a scanning electron microscope, or SEM device, to determine the card’s atomic makeup. He found that the answer is about 90%. The rest of the card is aluminum, according to the analysis.

Apple Card is the company’s digital credit card, but it comes with a physical companion card now known to be made of roughly 90% titanium and 10% aluminum. Cardholder names are laser-etched, while the card’s white surface is “achieved through a multi-layer coating process that’s added to the titanium base material.”

Apple says Apple Card is not exactly bulletproof, as the coating can be damaged if it “comes into contact with hard surfaces or materials,” while leather and denim can discolour the card. Which is why one should buy a $139 USD case for the Apple Card, right?

Apple Card is currently only available for Apple customers in the United States, and it’s unknown when and if the card will ever launch in Canada.