Porsche has just unveiled a new line of Apple CarPlay-equipped head units designed to replicate the vintage look of classic Porsches while still featuring modern connectivity. According to TechCrunch, the vintage-style official Porsche radios can fit in vehicles from the ‘60s to the ‘90s and are available in 1-DIN or 2-DIN variants. 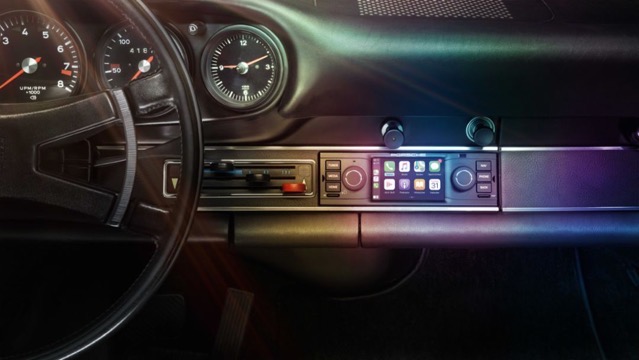 The German automaker believes a touchscreen-only interface would look a little “out of place in a ’76 911 Carrera” which is why the units come equipped with buttons and dials to help complete the classic look.

Since Porsche moved to a larger, 2-DIN design in the ‘90s, the new CarPlay-equipped head units for those models feature a much-larger touchscreen along with buttons and dials. 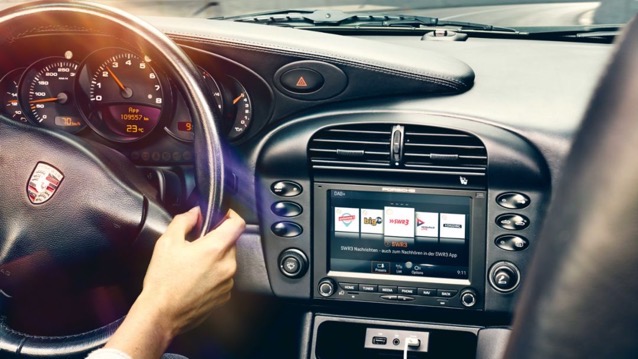 The PCCM blends harmoniously into the dashboard of Porsche classic cars thanks to the black surface finish and the shape of the knobs. It features the Porsche logo and is suitable for the sports car generations between the first 911 models of the 1960s and the last 911 with air cooling from the start of the 1990s (993 model series)

Both units are available from Porsche dealers and represent the automaker’s stance keeping vintage models on the road as long as possible.