During WWDC 2014, Apple demonstrated CarPlay within this $300,000 Ferrari FF, which also gave a glimpse of the MLB app on the home screen. 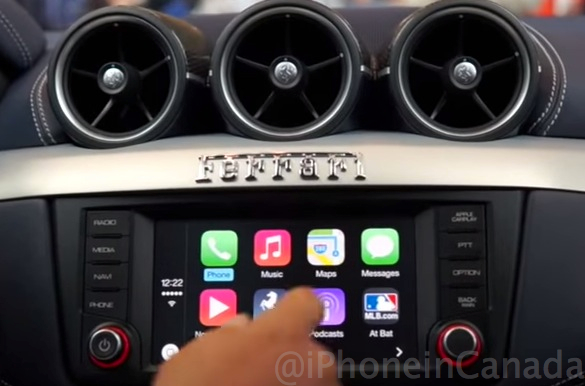 Screenshot via video from Canadian Reviewer

This morning, Apple updated its CarPlay site to officially confirm support for MLB’s ‘At Bat’ app, which will provide fans quick access to listen to live game day audio while driving. A subscription is required to use the MLB service.

According to TechCrunch and their hands-on with CarPlay, the app as seen below allows audio from games, but of course not video (that would be dangerous). Games with audio available are shown in a list view and selecting a game provides choice of either the home team’s broadcast or the away team: 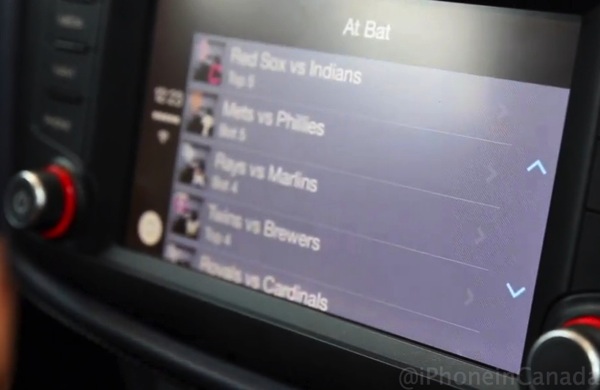 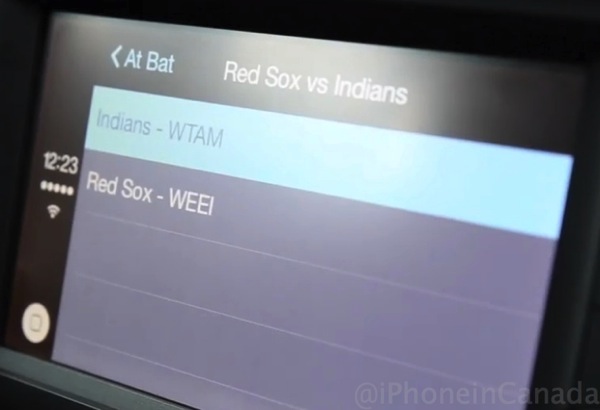 MLB team logos are also shown in the background to provide a visual indicator of what you’re listening to: 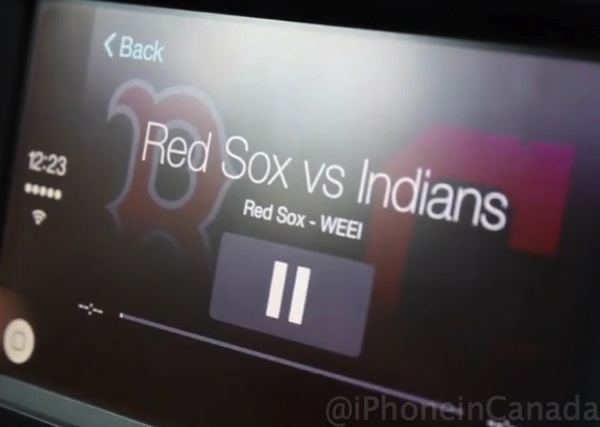 CarPlay is set to debut on a number of vehicles in 2014, but if you don’t have $300,000 to shell out on a Ferrari, aftermarket units are coming soon from Pioneer and Alpine.